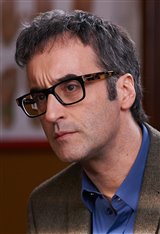 As a film director, Don McKellar first sprang onto the Canadian scene with his award-winning feature, Last Night (1998). Not only did McKellar win a slew of awards at home, including the Claude Jutra award at the Genie Awards, a Canadian Comedy Award for Film Directing, a Toronto Film Critics Association Award for Best Canadian Film and Best Canadian First Feature Film at the Toronto International Film Festival, but he also won the Award of the Youth at the prestigious Cannes Film Festival. Born... See All