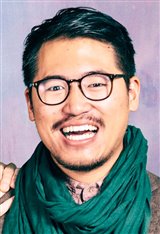 Director Dan Kwan was born in Westborough, Massachusetts. While studying studying film at Emerson College in Boston, he met fellow film student Daniel Scheinert. They hit it off right away and began working together, collectively known as the "Daniels." They began by working on music videos, but in 2013 they made their way into television, directing episodes of two Adult Swim comedy series: Childrens Hospital and NTSF:SD:SUV. In 2016, they made their film debut as directors with a script they'd... See All