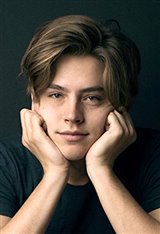 The younger brother of twin Dylan Sprouse by 15 minutes, Cole Sprouse was born in Italy to American parents, Matthew and Melanie Sprouse, while they were teaching at an English language school. Cole was named after famed jazz singer and pianist Nat King Cole.

Cole started acting in commercials and small roles with his twin brother at eight months old. In an audio post on his Tumblr page he revealed that it wasn’t ever his dream, saying, “My brother and I were put into acting by our mother because we needed the money.” He elaborated, “It was never my passion, to be honest if she never thrust me into it I probably never would have thought of it as a career choice for myself.”

They then played youngest child, Patrick Kelly, on the series Grace Under Fire from 1993 to 1998. Their first big role was at age six, playing Julian in Big Daddy alongside Adam Sandler in 1999. The brothers shared all small roles into the 2000s.

He continued acting in various projects both on his own and with Dylan until 2005 when they landed the role that would make them household names amongst youngsters. What started a test pilot for Disney turned into a six-year long project for Cole and his brother with Disney Channel. He starred as Cody Martin, the bookish nerd counter to his prankster, class clown brother Zack in The Suite Life of Zack and Cody (2005-2008). Disney series generally run for three years, so when that series came to an end, they were cast on The Suite Life on Deck, which followed the twin brothers as they went to school on a cruise ship. They were also kept busy with a Suite Life TV movie and multiple crossover episodes between other shows airing on Disney Channel, including Hannah Montana, Wizards of Waverly Place, I'm in the Band and That’s So Raven.

After their work at Disney was concluded, Cole and Dylan wanted to take time out of the spotlight and made the decision to have a more normal life. This choice lead to both brothers going to NYU, and in 2015 Cole graduated from NYU's Gallatin School of Individualized Study. Both brothers graduated the same day and they accepted the other’s diploma because they thought no one would notice.

Wanting to learn something completely different from acting, Cole pursued a degree in archeology. A fascination in Earth sciences due to a geologist grandfather lead him to the vocation and he was later accepted into an exclusive program where he was able to work on an excavation site in France.

Cole was trying to decide between pursuing graduate school or returning to acting when he was working in an archeology lab. His agent sent him the script for a new series called Riverdale and he chose to audition during pilot week while still working at the lab. He landed the role of Jughead on the show, which is loosely based on characters from the Archie comics.

Outside of film Cole is also passionate about photography and said if he wasn’t acting he would pursue work as a photographer. He is already known as a travel and fashion photographer, having shot the cover story on Sam Smith for the October 2017 issue of L’uomo Vogue (Italian Men’s Vogue) and Kendall Jenner for The Sunday Times, as well as campaigns for The Body Shop and Adidas, among others.

In addition to his personal Instagram account, Cole has an Instagram account called camera_duels, in which he snaps pics of people trying to sneak photos of him with their phones and writes hilarious comments.