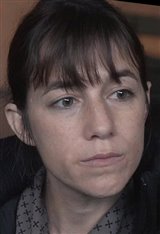 The daughter of celebrated French singer/actor/composer/director Serge Gainsbourg and British singer/actress Jane Birkin, Charlotte Gainsbourg was born in London, England but raised in France. In 1980, her parents divorced. Charlotte made her film debut at the age of 12 in Paroles et Musique (1984) opposite Catherine Deneuve (a friend of the family), but it was a French-language duet with her father the same year called "Lemon Incest" that brought her a great deal of public attention. The music... See All