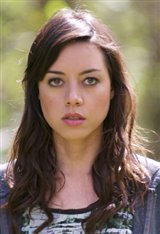 Aubrey Plaza is an American actress who became a household name due to her comic style and timing. She currently co-stars in Parks and Recreation as April Ludgate. Aubrey began her career as an intern. After performing improv and sketch comedy at the Upright Citizens Brigade Theater, she appeared in the web series, The Jeannie Tate Show. She then went on to star in films such as Funny People (2009) and Scott Pilgrim Vs. The World (2010). She followed these up with films like Safety Not... See All