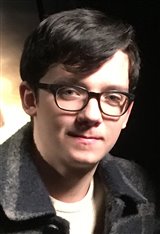 The second of three children, Asa Butterfield was born in London, England. At the age of seven, he began taking acting classes and at nine, he was cast in a supporting role in the TV movie After Thomas. The following year, he played a small role in Son of Rambow (2007), a film that screened at numerous film festivals before getting a limited theatrical release. However, it was Asa's starring role as Bruno in The Boy in the Striped Pyjamas that won him international recognition.

The film tied for the Audience choice Award at the Chicago International Film Festival with Slumdog Millionaire, and Asa was nominated for several awards: Most Promising Newcomer at the British Independent Film Awards, an NSPCC Award (Young British Performer of the Year) from the London Critics Circle Film Awards and a Young Artist Award for "Best Performance in an International Feature Film - Leading Young Performers," along with his co-star, Jack Scanlon. Produced by Miramax Films in association with BBC Films, the film was released in theaters around the world.

Asa next appeared in several episodes of the BBC TV series The Adventures of Merlin as Mordred, before being cast in Universal Pictures' The Wolfman (2010), alongside Anthony Hopkins. Also in 2010, he played one of Maggie Gyllenhaal's unruly children in Nanny McPhee and the Big Bang, starring Emma Thompson.

His biggest role to date was playing the title role in Martin Scorsese's Hugo (2011), based on Brian Selznick's award-winning New York Times bestseller, The Invention of Hugo Cabret. For his work in the movie, he received several awards, including "Best Child Actor" from the Nevada Film Critics Society and "Breakthrough Performance - Male" at the Young Hollywood Awards.

Asa starred as Jacob Portman in Tim Burton's big screen fantasy adventure Miss Peregrine's Home for Peculiar Children (2016) and also starred in the space adventure/romance The Space Between Us (2016) opposite Britt Robertson. He played a British soldier in the WWI drama Journey's End (2018), alongside Sam Claflin and appeared in the romantic comedy Then Came You (2018) with Maisie Williams and Nina Dobrev. Also in 2018, he played Willoughby Blake in the action/comedy Slaughterhouse Rulez (2018) alongside Margot Robbie, Michael Sheen, Simon Pegg and Nick Frost.

Since 2019, Asa has been starring in his own Netflix series—Sex Education—about a high school student whose mother (played by Gillian Anderson) is a sex therapist. He also has several movies lined up for 2020, including Greed (2020), which stars Steve Coogan.

In his spare time, Asa enjoys playing piano, reading and spending time with his two tabby cats, Atlas and Lyra.