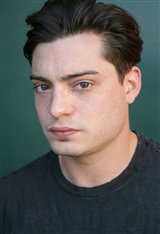 Better known for the fame of his older brothers, Joey Lawrence (Gimme A Break and Blossom) and Matthew Lawrence (Boy Meets World), this Pennsylvania native started his career at a very young age. He began acting at the age of three when he guest-starred on the series Walter and Emily with Cloris Leachman and Brian Keith, which also starred his brother Matthew. He also played the younger version of his oldest brother Joey's character on the sitcom Blossom in two episodes. By 1994 he landed a... See All