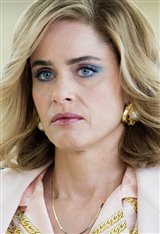 This New York native began taking acting classes when she was eight and attending an all-girls private school in London. After returning to the Big Apple, she was tutored by Broadway actress Uta Hagen. She graduated from Manhattan Friends High School, a Quaker institution, and then Columbia University. Although her degree was in history, she knew acting was her future. At 22, Peet moved into her own apartment and began what she thought would be a protracted familiarity with serving restaurant... See All