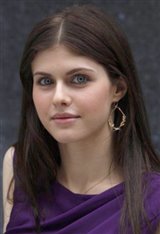 Born in New York City and raised on the Upper East Side with her parents, who are both laywers, Alexandra Daddario knew she wanted to be an actress from a young age. While in her sophomore year at the Brearley School, Alexandra booked her first role at the age of 16 on the TV soap opera All My Children. She then transferred to the Professional Children's School to finish high school. After a year on the soap Alexandra appeared in guest roles on television shows such as The Sopranos and Law &... See All