Published By Alexandra Heilbron on Jun 23, 2021 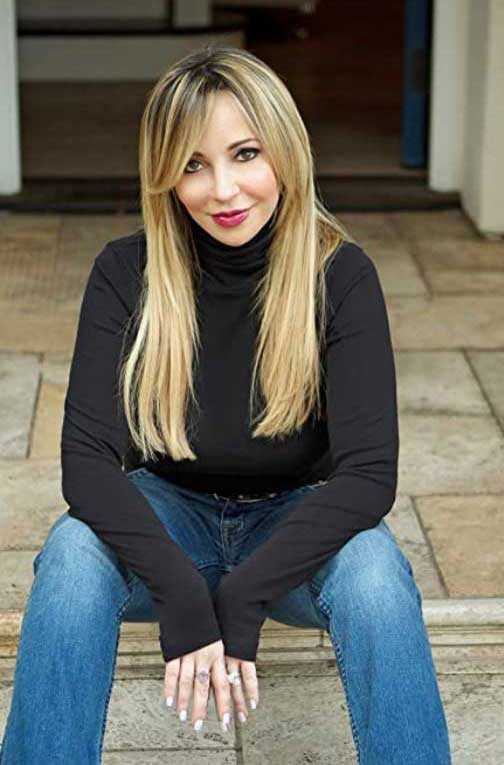 Tara Strong started her career as a child actor in Toronto, then moved to Los Angeles in her late teens. She has provided the voice for hundreds of shows and has a massive fan following for her voice-work. She currently provides the voice for the character Miss Minutes on the new Disney+ series, Loki. I had the opportunity to talk to her about her new series, her early TV appearances, her recent Canadian series Pretty Hard Cases and also about some very special fan encounters! ~Alexandra Heilbron

I remember when I was a kid watching TV and seeing you when you were a young teen in Canada doing shows like The Campbells, T and T, and Street Legal.
That’s so funny. You know what, it was such a wonderful place to grow up and to also stay very grounded in the business. I’ve had the same agent in Toronto since I was 13 years old, and they don’t pigeonhole you. In Toronto you can be a voice actor and a sitcom actor, and you can do theatre and you can do all sorts of wonderful things to become well-rounded. In L.A. it's like, “Oh that’s a soap actor” or “That’s a commercial actor” and it happens to writers too, you know. Toronto was such a beautiful place to really have this playground of all sorts of wonderful places to learn. I went through Second City Toronto, which really helped with voices and being confident with doing different things, so I appreciate that. I loved appearing on Mosquito Lake , that was so much fun, and T and T was my very first on-camera thing with Mr. T and my god, that was like a million years ago, it was like a different lifetime.

I had seen you on a variety of television shows, but I wasn’t as familiar with your voice work.
I started in Toronto when I was 13 and my first job was Hello Kitty. It was so much fun with myself and Cree Summer. We’ve been friends that long. And then I got to do Care Bears and My Pet Monster and Beetlejuice, and all kinds of different animated series before moving to Los Angeles, so it was part of my repertoire. I often say like you know, does everybody do this? No, it’s like asking a tap dancer if they do ballet. Everybody has different skill sets and being able to bring characters to life with my voice happens to be one of mine. Also, I’m a singer -- most voice-over people are singers and have good ears and they can mimic sounds, and it’s also a very collaborative supportive world, as opposed to sometimes on camera it can certainly be about what you look like. But with voice-over, everything is what you bring to the table with your gifts and it doesn’t matter what you look like. Often you do look silly and you make crazy faces and you’re moving around within the parameters of the microphone. It just happens to be something I’ve done since I was very young and I love it, it’s so much fun -- it’s such a fun part of the business.

How were you chosen to play Miss Minutes on Loki?
The audition came through my email like every other audition, with a brief character description, but it did not say what show it was for or have a lot of description. Sometimes you’ll get a packet and it’ll say “This is what world they’re from” so you understand how they interact with other people. Or this is their history, but it didn’t really have that, it was a little bit vague. I remember asking my agent, “What is this for?” and “Is she sentient, is she this?” I had all these other questions, and they were like, “We don’t know.” So, like anything else, I do all my initial auditions in my home studio. I have one here in L.A. and I had one while I was shooting. I was in Toronto shooting Pretty Hard Cases when I first auditioned for this. I believe I gave them three different choices based on the brief character description that I had, but I did not know at that moment that it was for Loki, or in fact something for the MCU. It wasn’t until I had booked the job that I realized who she was and how important she was and who she got to play off of. It was pretty exciting that very first day to figure out why they were so top secret about it.

Is that how it usually works with voice work? They tell you they have a certain character in mind, and then you give them options?
Yeah, the best audition breakdowns will have a character description, maybe a show bible. Drawings of the character are very helpful -- I’ll put it side-by-side on my screen so I can sort of try to imagine what the creators have in mind for that character. Then, with that said, I like to give a few different choices, even something that maybe they haven’t thought of. Sometimes, things come to me last minute in a callback phase and sometimes an audition will take me five minutes and sometimes it’ll take me three hours because I’m the kind of human that likes to sit here and get it right and have every line right, and I’ll do it three or four different times and say okay, I like the first part of that line and the second part of that line, and I know how to edit my stuff together well, which is such a gift because if you have to go somewhere and have someone that’s doing that for you, you don’t have enough time to make it exactly what you want, and with thousands of people auditioning for a role at any given moment, you really want to make yourself stand out and give them something special. So, Miss Minutes was similar to that. I spent a fair bit of time to give three different varying options on how A.I. she sounded, how much of an accent she would have, one without an accent, one more conversational. I’m not sure exactly what about my voice they liked but thankfully they did and once we got to that phase where I got to work with Kate Herron, the director, onscreen on a Zoom call and then watch the action live, then I really got to see what Miss Minutes was all about.

You have a lot of devoted fans because of your voice work, especially for your voices on Marvel and DC animated shows. I’ve seen photos of you at conventions meeting fans. What is the best thing about doing public appearances?
Wow, I miss going to Comic-cons so much. It’s a really beautiful world, the Comic-con conventions, because nobody is weird because everybody’s weird, anything goes. There are babies dressed up and there are elderly people dressed up. It doesn’t matter the color of your skin, who you worship or where you’re from, it’s just this giant, inclusive world of play. Prior to the internet, I don’t know that my predecessors in voice-over knew how beloved they were. Now, people google their favourite voice-over actors, so in my normal life I get recognized here and there, but when I go to a Comic-con I’m like J-Lo. (laughs) You know, people are like, “Tara, Tara, Tara!” It’s so fun to physically witness how much your characters mean to these people. I’ve had so many beautiful encounters where people say, "Thank you for my childhood,” or "You got me through my parents’ divorce,” or “I was really depressed until I met this character.”

Do you have any fan encounters that stand out for you?
There was a little girl at a Con who was dressed as Raven -- Raven is so powerful and special, she saves lives, and some people just felt so alone until they had someone like her. The little girl was talking and talking and talking and I looked over and her mom was full-blown crying. It happens a lot that people cry when they meet me, but this was unusual, so I went over to talk to the mom to see if she was okay, and she said, “My daughter is severely autistic and hasn’t spoken in five years. When she heard you were coming, she didn’t shut up,” and I was like “Awwww.” That was so beautiful. You know, this other kid wanted a Harley Quinn autograph, and he was asking in sign language, and luckily I know the alphabet so I was signing back to him. The mom came over and said, “I’m not even sure why he loves you so much, he can’t hear it.” So I signed to him and I asked if he felt the vibrations of the character and he signed “Yes,” so I took his hand and put it just below my voice box and I did Harley Quinn and his face just lit up and everyone around was like “Oh my gosh!” So it’s sort of these real world experiences where you get to give back to the fans for showing you all the love online that they’ve given and it’s a really beautiful exchange.

You still appear onscreen as well. Is there a role you’d like to play one day?
Well, I just had so much fun in Pretty Hard Cases, I don’t know if you caught it but it’s on CBC Gem. I got to play this mom drug dealer, which was a departure from my normal on-camera work. You know, normally I’m the cute teacher, or fun mom, so this was such an amazing acting exercise to explore all of her levels. I'd love to do more of that, more stuff that really challenges me and lets me play in different worlds. I said to people, it was almost like if Harley Quinn was a mom, that was my character on Pretty Hard Cases. Also, it was with Adrienne C. Moore and Meredith MacNeill -- I had a beautiful cast -- and Kim Coates, it was so fun to play off them and to have these very extraordinary moments. So that was a real gift, and to also be able to do that during COVID was amazing.

Finally, is there a voice that you haven’t done that you would love to do?
I always say I could have died after doing The Little Mermaid 2: Return to Sea because I was such a big fan of the original, so getting to sing in the studio with Jodi Benson was such a dream come true. Maybe, like the only thing -- I’ve never been on The Simpsons, that might be fun. But other than that, I feel pretty fulfilled and so grateful every time I book something else that touches people and seems to bring people together.

Thank you so much for chatting with me, Tara.
Thanks for having me!

Loki, starring Tom Hiddleston in the title role, is now streaming on Disney+, with a new episode every Friday. 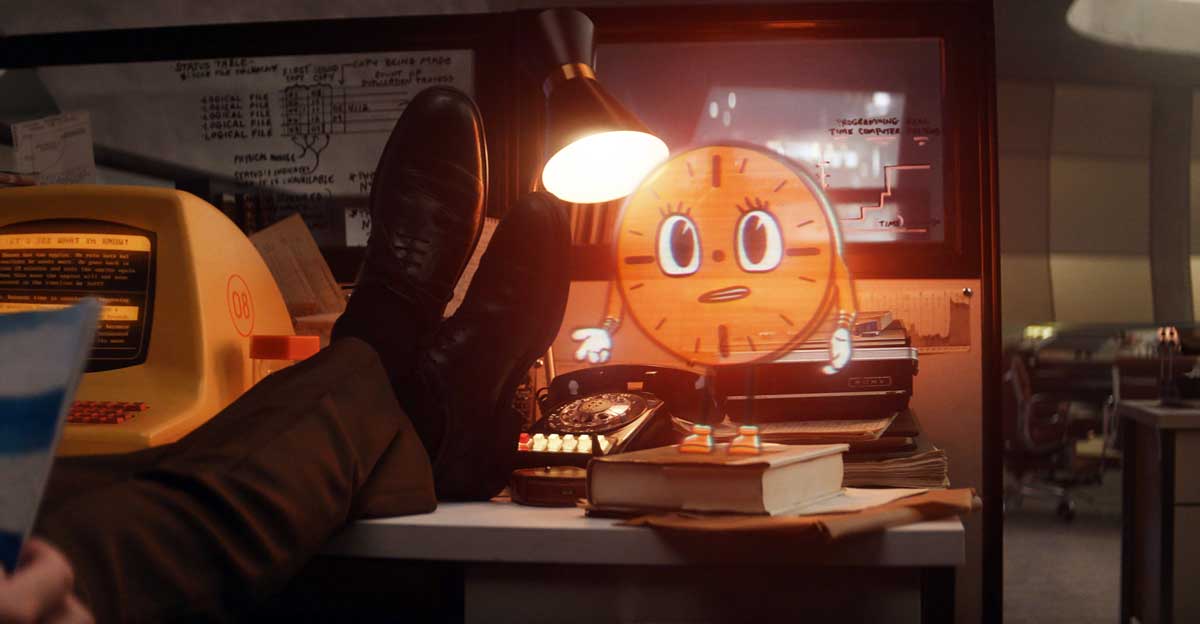