Parasite is infectious cinema at its best - Blu-ray review 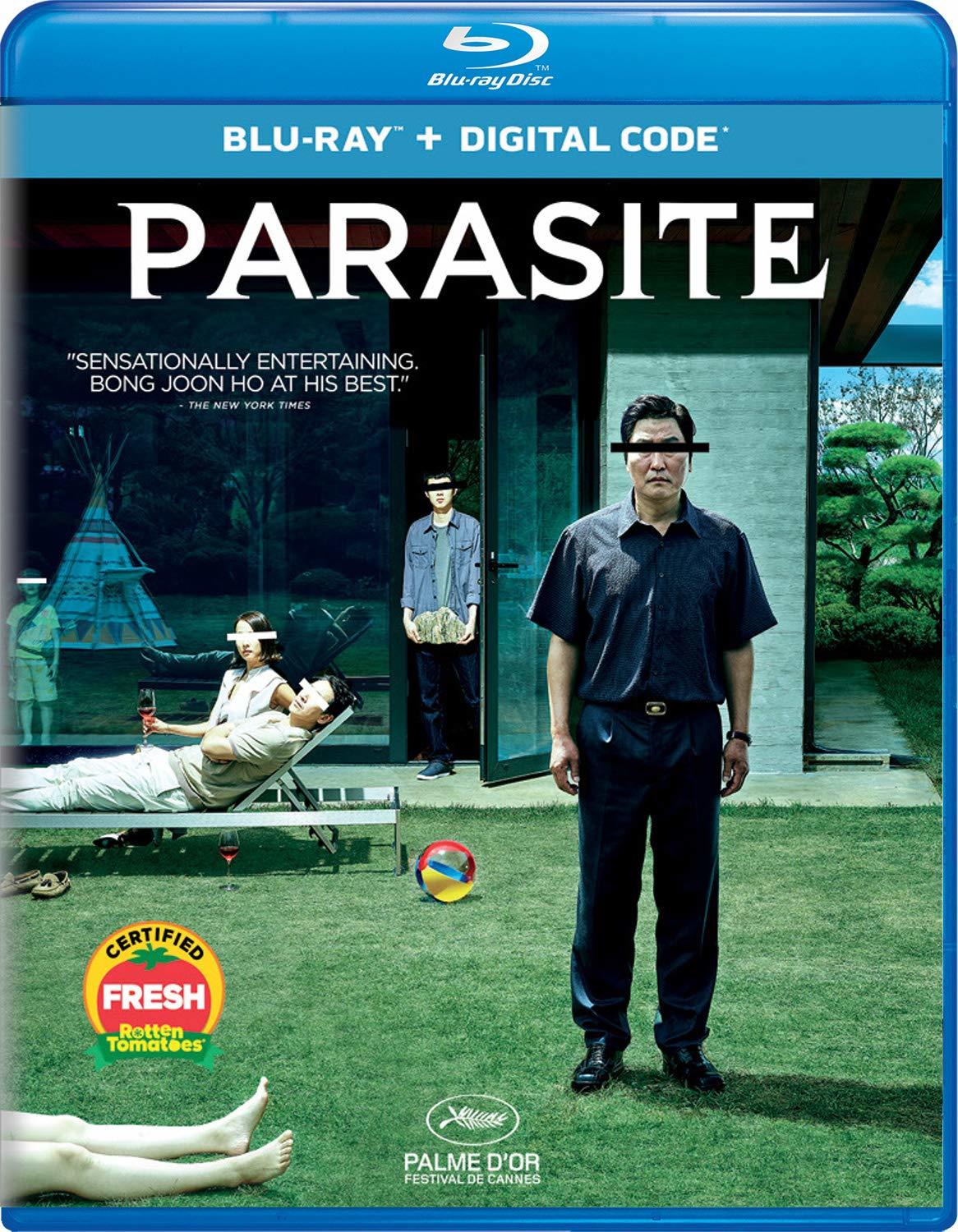 Over the last two decades, Korean director Bong Joon-ho has quickly cemented himself as a must-see director, especially whenever a new project of his is released.

First making a name for himself internationally with 2006's The Host, he has only added to his resumé with critically acclaimed films Mother, Snowpiercer, and Okja. It is no surprise then that his latest film, Parasite, became one of the most anticipated of 2019 and its Palme D'Or win at the Cannes Film Festival only further elevated his status.

The film follows the Kim family -- siblings Ki-woo and Ki-jung, matriarch Chung-sook and patriarch Ki-taek -- struggling to get by in their cramped apartment in a low-rent part of Seoul.

Opportunity arises when Ki-woo's friend Min recommends him to take over his position as a English tutor to the daughter of a wealthy family, while he studies abroad. After a successful interview with the mother, Ki-woo undertakes a plan to help his family get out of their daily struggle.

Bong Joon-ho's filmography is often difficult to pin down and confine to a single genre. To aptly describe his body of work would be to delve deep into every detail of his films because of the various layers he presents his stories with. Parasite is more than just a simple thriller, not quite a drama, and yet calling it a black comedy would be a bit of an oversimplification. In truth the film blends together qualities of each genre and sub-genre to give its narrative a wholly unique feel as Bong expertly flows the tone of the film from light-hearted and upbeat comedy to tense thrills, and finally sobering drama.

It is a credit to Bong's talents as a director and writer that never once do these tonal shifts ever feel jarring or out of place. In the hands of a lesser talent, these dissonant parts would feel conflicting and misplaced, but under Bong's direction there is a harmonious feeling where each and every frame of this film feels utterly natural. The result of his masterfully directed effort is an engrossing film from start to finish, never once letting up and always taking you in unexpected directions, even when you feel like you know where Parasite is heading.

The entire cast of the film is excellent as well from top to bottom. The Kim family is sympathetic in their plight and endearing in their personalities, even as you are aware of the deception and underhanded tactics that they utilize. The strong performances by the cast are led by frequent Bong Joon-ho collaborator Song Kang-ho as Ki-taek, as the film peels back his silver lining optimist persona to reveal a defeated and broken man. Each of the other members of the Kim family bring their own unique dynamic, but in the end still feel like a family unit.

While there is so much more that can be said about Parasite, it is best to leave as much about the film as vague as possible. It is a movie that must be watched to fully appreciate and experience. It is a wholly unique cinematic experience and one of the best films to end the last decade on. To say that you have never seen anything quite like Parasite is an understatement. Its Palme D'Or win at Cannes and its Best Motion Picture - Foreign Language win at the Golden Globes are easily justified, and with the Oscars just around the corner it'll be interesting to see how it fares in the categories it is nominated in -- Best Picture, Best Director, Best Original Screenplay, Best Foreign Film, Best Film Editing and Best Production Design. Until then, Parasite is now available on Blu-ray and although it is light on features, it is well worth the purchase.

Trailers - Accompanying the film are its two theatrical trailers.