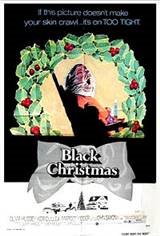 2 votes and 2 Reviews | Write a Review

Although this Canadian production saw its widest U.S. cable TV distribution in the early '80s (primarily under the title Stranger in the House) to capitalize on the phenomenal success of Halloween and its offspring, this effective suspense-thriller actually predates John Carpenter's film by four years.

The story involves a dangerous psychopath hiding out in the attic of a sorority house who torments a small group of pretty young sisters (including Olivia Hussey and Margot Kidder) who are staying behind over Christmas break. His tactics range from making obscene phone calls from their house-mother's phone, to stalking the terrified boarders with sharp objects and murderous intent. Director Bob Clark demonstrates a tight, aggressive style that generates some very original shocks -- particularly the surprise ending -- which clearly influenced dozens of similarly-themed slasher films to follow.