Published By Alexandra Heilbron on May 26, 2022

Tom Cruise effortlessly returns to the role of Pete “Maverick” Mitchell in Top Gun: Maverick, more than 35 years after the original movie debuted in theaters. As soon as you hear Kenny Loggins' song “Danger Zone” at the beginning of the movie, it gets the adrenaline going -- you realize you’re in for an unforgettable ride.

Even though it’s years later, Maverick still loves being a pilot, not wanting to advance in rank. He’s alone, partly because of the training accident involving his partner Nick "Goose" Bradshaw that happened in the first movie, but he’s happy working as a test pilot in the Mojave Desert. However, when Admiral Cain (Ed Harris) decides Maverick should be grounded, "Iceman" (Val Kilmer) convinces Cain and "Cyclone" (Jon Hamm), Top Gun Academy’s senior officer, that Maverick is the only person qualified to prepare a group of young, elite pilots for a deadly and secret mission.

Maverick reluctantly returns to Top Gun aviator school in San Diego, where he takes on the job of training the pilots, and to his surprise, he soon finds he has a talent for it. He has to prepare them to fly two pairs of F/A-18s at Mach speed in between rocky peaks, drop bombs on a uranium enrichment plant in Iran, and fly quickly out over impossibly high cliffs -- before they get blasted by enemy missiles and planes.

One of the pilots is Goose’s son, Lt. Bradley "Rooster" Bradshaw (Miles Teller), who still feels resentment towards Maverick for what happened to his father in the aforementioned training accident. There’s also "Hangman" (Glen Powell), who has confidence and swagger to spare, and unlike the first movie, which took place during a time when there were no female fighter pilots, this movie has "Phoenix," played by Monica Barbaro.

Although the absence of Maverick’s former love interest Charlie isn’t explained, he does reconnect with an old flame in the form of Penny (Jennifer Connelly), who was mentioned in the first film.

Val Kilmer, despite serious health issues, is back as Tom "Iceman" Kazansky, who’s now an Admiral. He insists that Maverick should guide the young pilots, because he’s the best man for the job. The scene between Iceman, whose health problems in the film mirror those of Kilmer in real life, and Maverick, is the most moving of the film.

The supporting cast all perform their jobs to perfection, but the focus here is on Maverick, as the title suggests. Cruise does all of his own flying, as audiences have come to expect from him, and it's impressive -- the flying scenes involving all of the young pilots are breathtaking, especially when they go on their dangerous mission. 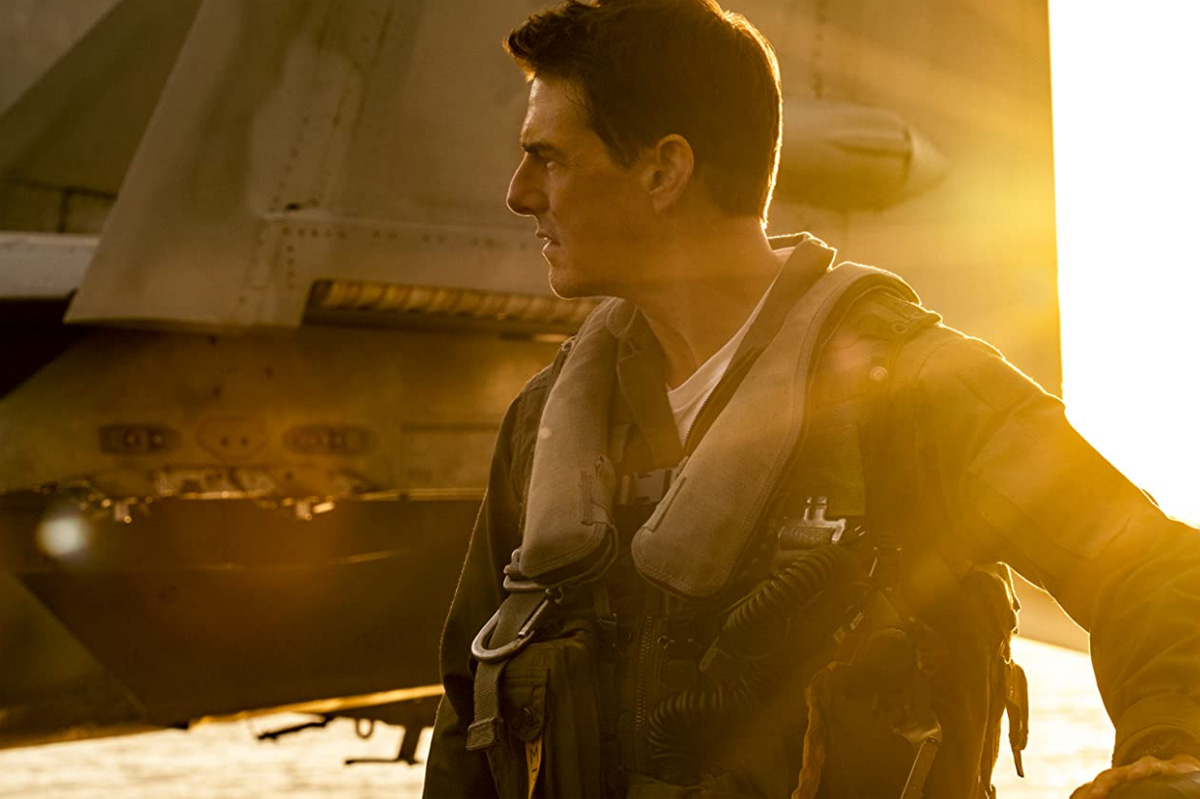