Published By Alexandra Heilbron on Nov 24, 2020 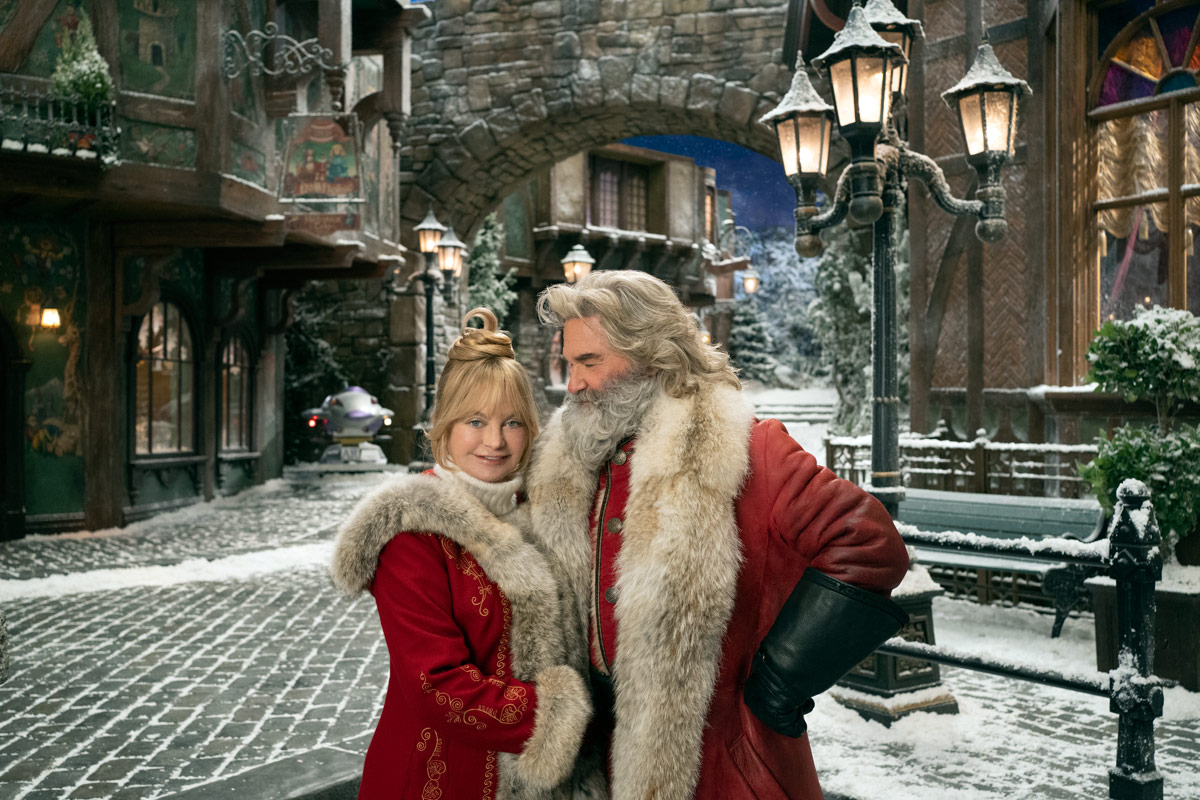 The Christmas Chronicles 2 - It's been two years since Kate and her brother Teddy helped Santa Claus (Kurt Russell) get his sleigh and reindeer back. Now a teenager, Kate goes through a wormhole back to the North Pole, where she's reunited with Santa Claus and meets his wife, Mrs. Claus (Goldie Hawn). However, a troublemaker named Belsnickel wants to steal the Christmas Star. Santa and Kate set off on a mission to stop Belsnickel and save Christmas. Begins streaming on Netflix Nov. 25.

The Irishman - In 1950, Frank Sheeran (Robert De Niro) is hired as a hit man by Philadelphia mobster Russell Bufalino (Joe Pesci). Years later, Detroit-based union leader Jimmy Hoffa (Al Pacino) takes Frank on as his bodyguard, at Russ's recommendation. While working for Hoffa, Frank continues to work for Russ's mob, which leads to Frank's loyalties and principles eventually being put to the test. Available Nov. 24 on Blu-ray/DVD. Also available on Netflix.

Dinner with Friends - When Abby's (Kat Dennings) first lesbian relationship comes to an end, she looks forward to spending Thanksgiving with her best friend Molly (Malin Akerman) in Los Angeles. Although the plan is to have just the two of them spend the holiday together, friends begin inviting themselves over and they soon have a full house, including Molly's mother (Jane Seymour), who invites Molly's former boyfriend Gunnar. Available Nov. 24 on Blu-ray/DVD/VOD/Digital.

The Secrets We Keep - In post-WWII America, a woman (Noomi Rapace) who is rebuilding her life in the suburbs with her husband (Chris Messina) kidnaps her neighbor (Joel Kinnaman) to seek vengeance for the heinous war crimes she believes he committed against her. Available Nov. 24 on DVD/VOD/Digital.

Fatman - Santa Claus (Mel Gibson) is feeling discouraged. Children don't believe in him anymore and he's starting to lose faith in humanity. When a wealthy and spoiled 12-year-old boy gets a lump of coal instead of a present, he hires an assassin (Walton Goggins) to kill the jolly elf. When the hitman tracks down Santa, he finds him armed and ready. Available Nov. 24 on Blu-ray/DVD/VOD/Digital.

On Streaming, DVD/Blu-ray/VOD and Digital this week: