Published By Alexandra Heilbron on Dec 01, 2020 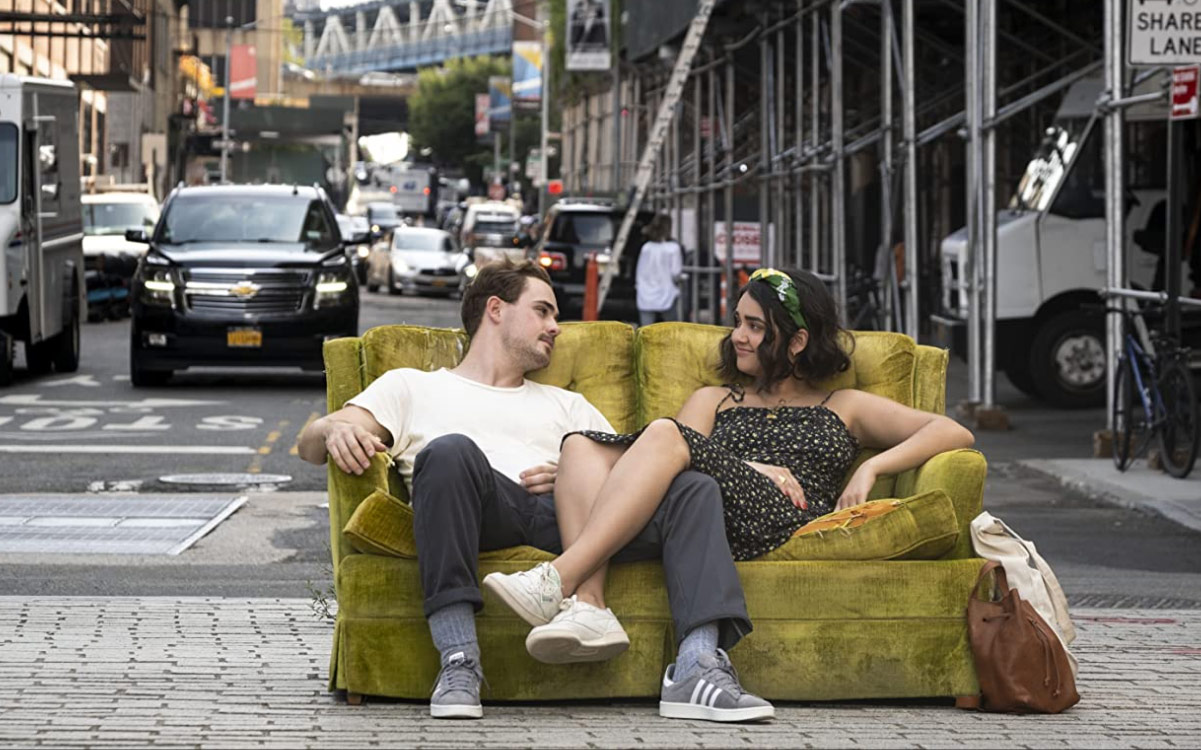 The Broken Hearts Gallery - Art gallery assistant Lucy (Geraldine Viswanathan) meets Nick (Dacre Montgomery), who shows her the hotel he's renovating. She hoards items from relationships, but doesn't know what to do with them, so he hangs a tie she was hoarding on the wall of the hotel lobby, which inspires Lucy to make the lobby a pop-up space for people to leave items from relationships that have ended, called "The Broken Heart Gallery." Available Dec. 1 on Blu-ray/DVD/VOD/Digital.

Dacre Montgomery talks about how much he enjoyed filming in Toronto and how, as an Australian with Canadian relatives, he feels at home in Canada. He reveals which souvenir he kept from the set of The Broken Hearts Gallery and how he felt about having to do a scene in which he dances. Finally, he discusses what it's been like for him in Australia during the pandemic and talks about an upcoming project that he's very excited about.

Geraldine Viswanathan discusses what it was like filming The Broken Hearts Gallery with fellow Australian Dacre Montgomery in Toronto. She reveals what souvenir she kept from the set and in what ways she differs from Lucy, the character she played in the film.

Made in Italy - Liam Neeson and his son with his late wife Natasha Richardson, Micheál Richardson (who changed his last name two years ago to honor his late mother), play a father, Robert, and son Jack who reunite 20 years after the death of Jack's mother to restore the family vacation home. While they bring the home back to its original glory, Jack and Robert find themselves fixing their own fractured relationship. Available Dec. 1 on Blu-ray/DVD/VOD/Digital.

Godmothered - Eleanor (Jillian Bell), a young, inexperienced fairy godmother-in-training, decides to show the world that people still need fairy godmothers. Finding a mislaid letter from a 10-year-old girl in distress, Eleanor tracks her down and discovers that the girl, Mackenzie, is now a 40-year-old single mom (Isla Fisher). Having lost her husband, Mackenzie has all but given up on the idea of "Happily Ever After," but Eleanor is bound and determined to give Mackenzie a happiness makeover, whether she likes it or not. Begins streaming on Disney+ Dec. 4.

On Streaming, DVD/Blu-ray/VOD and Digital this week: