Published By Alexandra Heilbron on Dec 08, 2020 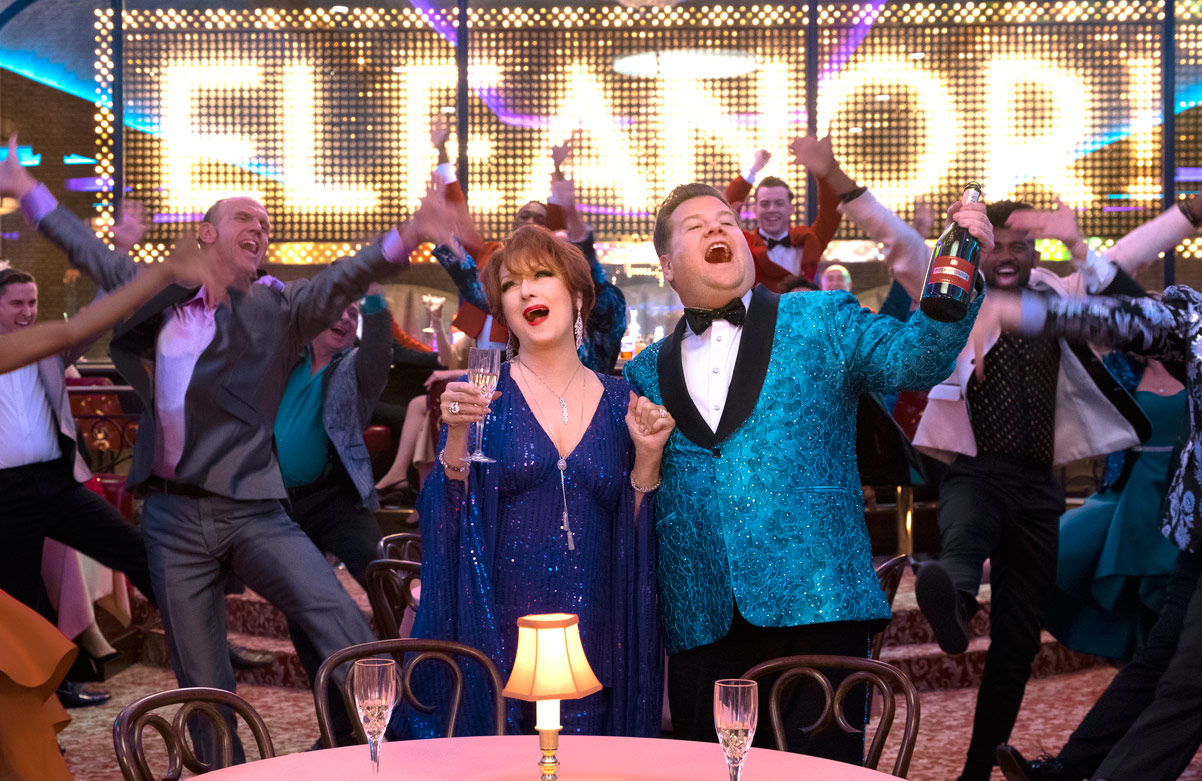 The Prom - Broadway stars Dee Dee Allen (Meryl Streep) and Barry Glickman (James Corden) come to the rescue when Edgewater, Indiana, high school student Emma Nolan is banned from attending the prom with her girlfriend. They find their own lives upended as they rally to give Emma a night where she can truly celebrate who she is. Debuts on Netflix Friday Dec. 11, 2020.

Possessor Uncut - Tasya Vos (Andrea Riseborough) is Girder's (Jennifer Jason Leigh) star assassin, who takes over the mind of individuals using a brain-implant technology to carry out high-profile assassinations. After every mission, Vos says she's fine and passes the mental test when she returns to her body. But her life is sad and depleted, with an ex-husband (Rossif Sutherland) and a young son who lives with him. Vos is then assigned a lucrative new job. This one involves taking over the brain of Colin Tate, the future son-in-law of a corporate mogul. But Colin doesn't make it easy and she becomes trapped inside a mind that threatens to obliterate her. Available Dec. 8 on DVD/Blu-ray/VOD/Digital.

Possessor Uncut stars Andrea Riseborough and Christopher Abbott talk about sharing the same role and the conversations between them. Andrea shares the out-of-body experience she had as they were mirroring each other's movements and Chris details how he relates to the theme of identity. They also reveal that if they were to be implanted into director Brandon Cronenberg's mind, what valuable information they'd steal.

Yes, God, Yes - Alice (Natalia Dyer) has always been a good Catholic girl. However, when an online chat turns racy, she is overwhelmed with guilt. To help suppress her urges, she goes to a religious retreat but finds it really difficult, especially when a cute boy starts flirting with her. Alice is extremely confused when she discovers hypocrisy within those who are attending the retreat, but finds relief from an unlikely ally who opens her eyes to what it really means to be a good person. Available Dec. 8 on DVD/VOD/Digital.

She Dies Tomorrow - After waking up convinced that she is going to die tomorrow, Amy strongly believes there is no future for her. She tells her friend Jane that she's going to die. But fear is contagious. Now Jane starts to worry, believing that Amy put this idea of imminent dying in her head. Jane starts to believe that she too is going to die tomorrow. As her delusions of certain death become contagious to all those around her, Amy and her friends' lives spiral out of control. Available Dec. 8 on DVD/Blu-ray/VOD/Digital.