Published By Alexandra Heilbron on May 10, 2022 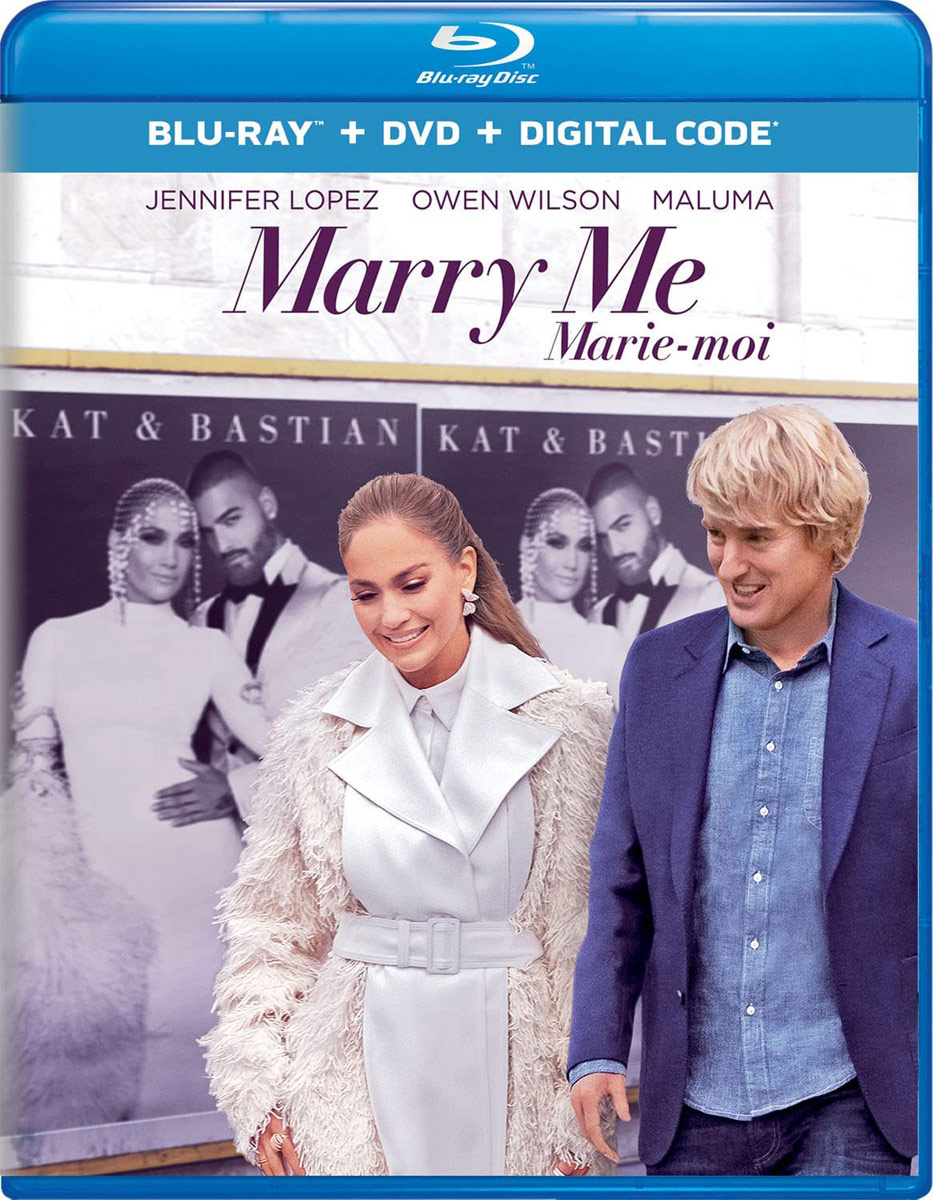 Marry Me has an interesting plot – global pop star Kat Valdez (Jennifer Lopez) is about to marry her equally famous singing star boyfriend Bastian (Maluma) onstage after they perform their new duet, "Marry Me." Just before he's expected onstage for the ceremony, she discovers he’s been cheating on her with her assistant. On the spur of the moment, Kat picks a man holding a "Marry Me" sign and calls him up on stage to take Bastien’s place in the ceremony.

The man is math teacher Charlie (Owen Wilson), who was coerced into attending the concert at the last minute by his co-worker Parker (Sarah Silverman) and his 12-year-old daughter, both of whom are huge Kat fans. However, he was only holding the sign because Parker handed it to him so she could take a photo.

Realizing Kat is in a fragile state and that turning her down would probably be enormously embarrassing for her, Charlie goes along with the proceedings.

Although the plot may sound preposterous, it's also intriguing. Who hasn't wondered what it would be like to have a relationship with a celebrity? After the concert, a teary Kat goes home and Charlie is dropped off at his home by her driver. Although the marriage isn't yet legal because papers haven't been filed, in the morning Kat decides that she should take three months and get to know Charlie. This is her third marriage, and Jimmy Fallon constantly makes jokes about her relationships on his talk show -- and her inability to keep one going. Even though this latest marriage arose out of an impulsive decision, she reasons that her other methods of picking men haven't worked, so why not give this a try? She decides to have the papers filed and give the relationship a chance.

Despite several clichés (in one instance, Kat tries to work a blender and doesn’t know the top needs to be on before pressing start, but it does tie in with another scene later in the movie so it's forgivable), the movie plays out in a very entertaining fashion as we get to know both of these people -- and they get to know each other.

As a bonus, there's a funny scene during the credits featuring Jennifer Lopez and the dog who plays Owen Wilson's dog Tank that cracks everyone up, and along with the gag reel in the bonus features, gives us a glimpse into how the stars got along on set.

Marry Me is a humorous, heartwarming film and rom-com fans will definitely enjoy this one. ~Alexandra Heilbron

Deleted Scenes - It's Coming Together, Plotting the Future, Is Everyone Happy?, Come to the Concert, What Am I Doing Here?, You're Married!, Having Fun at the Dance, Flight Status.

Behind the Camera: The Making of Marry Me - Glitz, glamor, romance and music. Go behind the scenes in this making-of, for an up-close look at how powerhouse performer Jennifer Lopez and all-star director Kat Coiro are teaming up to put the swoon back on the big screen.

Turn it Up: The Music of Marry Me - Go inside the process with both J.Lo and Maluma as we discover what they wanted these songs to achieve, the stories and meanings behind them, and how they collaborated though countries apart.

Live at Madison Square Garden - To create a fictional, epic, on-stage moment between Kat Valdez and Bastian, the production of Marry Me pulled off a REAL epic on stage moment between Jennifer Lopez and Maluma. Surprising a massive real-world audience of Maluma’s at Madison Square Garden, Jennifer Lopez joined him on stage for one of the film’s most powerful numbers. As we head backstage, we’ll not only reveal how they pulled off such an exciting surprise, we’ll also get an up-close look at international pop star Maluma.

Married with Style - Complete with eye-catching musical numbers, the nuptials of Kat and Bastian was meant to bring the house down IN STYLE! Now, visit Hammerstein Ballroom in New York City as the team behind this magical moment that could have been, breaks it down for us.

"On My Way" Lyric Video