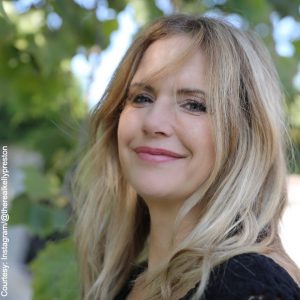 The actress died on July 12 from breast cancer.

Actress Kelly Preston has died after a two-year battle with breast cancer. Her husband, John Travolta, confirmed the news on Instagram.

“It is with a very heavy heart that I inform you that my beautiful wife Kelly has lost her two-year battle with breast cancer,” he wrote in part. “She fought a courageous fight with the love and support of so many.  My family and I will forever be grateful to her doctors and nurses at MD Anderson Cancer Center, all the medical centers that have helped, as well as her many friends and loved ones who have been by her side. Kelly’s love and life will always be remembered.”

Preston’s diagnosis and death came as a shock to many. In a statement to People, a family representative said she wanted to keep the diagnosis private, but "she had been undergoing medical treatment for some time, supported by her closest family and friends.”

Preston has starred in multiple films throughout her life, including Jerry Maguire, For Love of the Game, The Cat in the Hat, and The Last Song. Her most recent appearance was in the 2018 film Gotti alongside her husband.

Ella took to Instagram to remember her mother saying, “I have never met anyone as courageous, strong, beautiful and loving as you. Anyone who is lucky enough to have known you or to have ever been in your presence will agree that you have a glow and a light that never ceases to shine and that makes anyone around you feel instantly happy. Thank you for being there for me no matter what.” ~Brie Davis