Published By Alexandra Heilbron on Jul 04, 2019 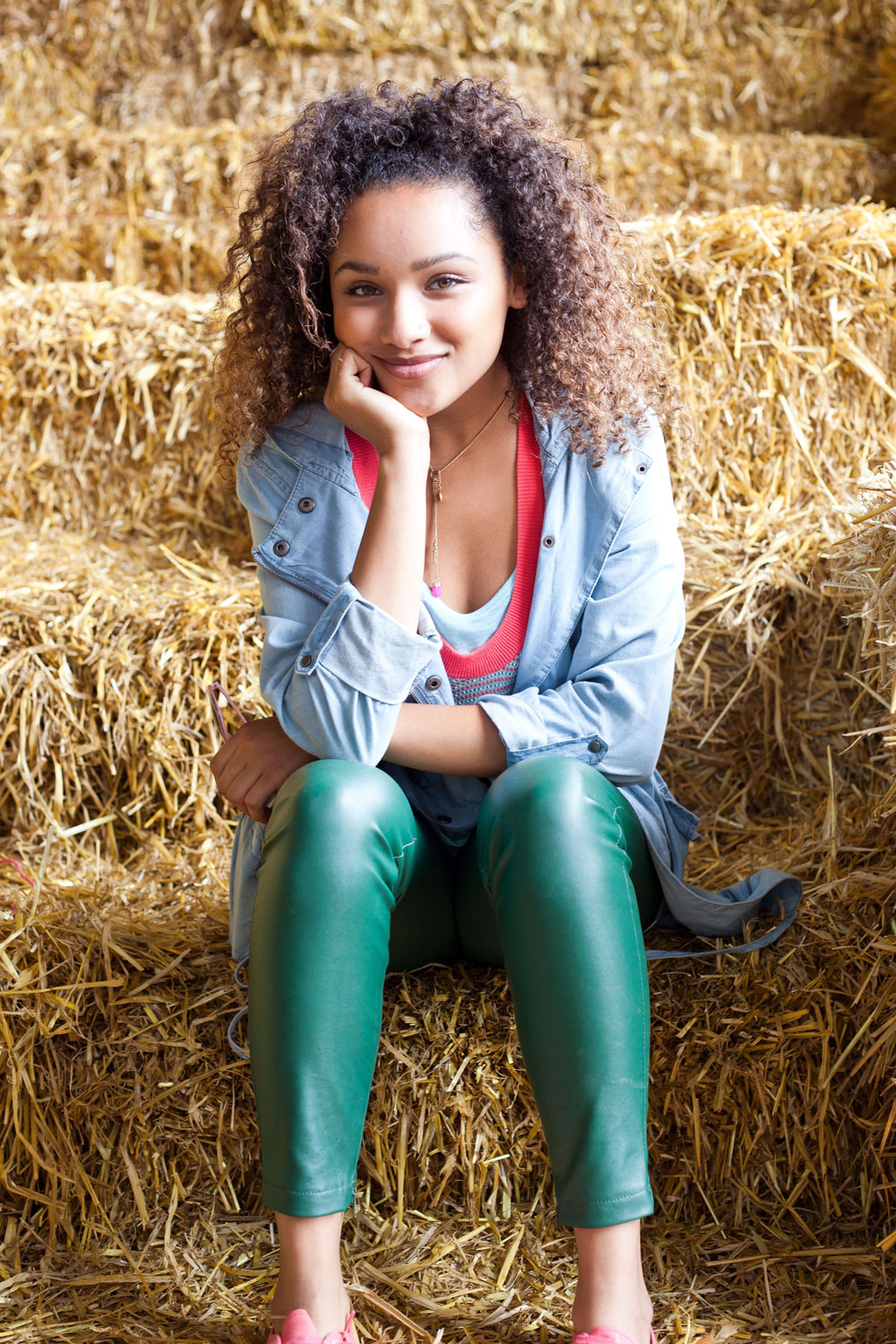 We spoke to Jaylen Barron, who stars on the award-winning Netflix series Free Rein.

Free Rein, the Netflix series about an American teenager who rides horses in Britain, comes back for a third season this Saturday, July 6, 2019.

As a horse lover, I watch a lot of movies and TV shows about horses, and I have to say Free Rein is a really good one. It doesn't speak down to the viewer -- it's good for all ages -- and accurately portrays the ins and out of horseback riding and being a member of a riding stable.

I had the opportunity to speak with Jaylen Barron, who plays the starring role as Zoe, a California teen whose mother takes her to live in Britain. There, she happens upon a nearby riding stable, makes friends, and learns to ride. Jaylen was a lot of fun to talk to -- check out the interview below! ~Alexandra Heilbron

Free Rein is such a good show, it really portrays a riding stable very accurately.
Oh good! That’s one thing we worry about on set -- sometimes someone will say something like,"Well, why is the lead rope looking like that," and it’s like,"We can’t control everything…" (laughs).

To get the role as Zoe, did you have to do a riding test?
No, I just auditioned, and then they asked, "Do you have any experience with horses?" And I really just didn’t.

Did they give you riding lessons to prepare?
Oh yes, of course. In between scenes, before we start the day, after the day, during lunch, on the weekends, we always have to do riding lessons. It’s definitely mandatory when we’re on the set.

Has it inspired a love of horses in you?
It did, I actually miss horse riding and I never thought that I would say that, I really do. It’s a really fun experience and I love animals -- and it’s kind of a good workout.

It really is! The third season looks fun -- tell me about the Under 18 team competition.
There’s some rivalry within the pony club and other teams, and you’ll see a lot of good horse riding. Zoe definitely shows off her skills for sure -- I’m jumping, trotting, cantering, it’s a lot.

What happens with Zoe and Pin this season, it looks like there’s some strife?
There’s a little something going on. I can’t give away too much, but I can tell you that something definitely comes between them, for sure.

Free Rein is set on an island in England. Where is the show actually filmed, is it really on an island?
No, we’re in Shropshire, in Wales. And we’re just literally in the country, struggling with flies and cow poop, etc., but it’s fun (laughs).

What’s the weather like there? I saw one photo where all the actors looked like they were freezing on a beach in big insulated jackets.
See, okay. Obviously it always looks sunny and pretty but when I tell you it is freezing, especially first thing in the morning, there’s like frost on the grass. Or we’ll have a night shoot and it’s snowing outside and we’re wearing dresses. But I mean, that’s all the fun of make believe on set, so it’s all good, but yeah, it’s freezing over there. But then this year, we had a really hot year. When I tell you, it was like California hot, I couldn’t believe it, because England never gets that warm.

What do you like best about filming in England?
I would probably have to say being around all the animals, because I never really get to be around cows and horses and chickens. I love being around them. It’s really therapeutic for me. 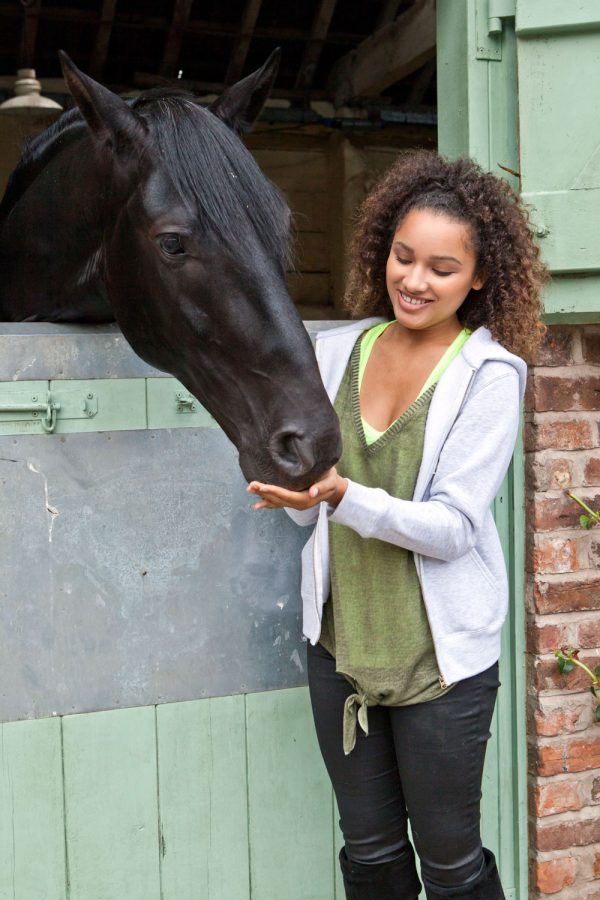 Do you have a favorite horse on set?
Of course! It’s Raven, his real name is Maca, and he’s the sassiest little thing. He definitely has his moods, so if he’s in the mood to be a good boy that day, then you’re going to get a good boy but if he’s not feeling the day, you’re not going to get anything out of him, to be honest. He’s kind of like me (laughs).

That’s cute (laughs). How long does it take to film one episode and is each season shot all in a row?
Each episode takes roughly about a week and a half to film and this last year we were there for six months because we did the two specials and then our regular 10 episodes.

Can you name one favorite thing each about your co-stars?
Oh yeah, definitely. So Susie, she’s my actual best friend in real life, her name is Carla Woodcock. I love her, she’s hilarious and she’s extremely sarcastic. Mia, who’s played by Celine Buckens, she is extremely smart. Pin, played by Freddy Carter, he’s really witty and sometimes I’m like, Wow, how did you come up with that, I wish I’d come up with a joke like that. And then Marcus, who’s played by Bruce Herbelin-Earle, he is in real life very charming. It’s scary. Because you’re like, I’m mad at you, why am I not mad at you anymore? Like, immediately. What’s going on here? And then Becky, played by Kerry Ingram, she literally, I think, is just like her character. She’s really kooky, but I love her. And she doesn’t care what anybody thinks and that’s what I love about her. Gaby, played by Charlotte Jordan, she’s sarcastic -- I love some good sarcasm and then Jade, played by Manpreet Bambra, she is sweet. She’s like the sweetest person you’ll ever meet, just so giving and so loving and she’s always pretty much in a good mood. Oh, and then Alex, played by Martin Bobb-Semple, he’s quiet, but once you get to know him, he’s got a really outgoing personality and also Joe Ashman, who plays Callum, he is really sweet. He’s the complete polar opposite of his character.

What are the horses like, are they really well trained and bomb proof or are they just regular horses?
Honestly, they’re extremely well trained but I also think that they’re just regular horses. They do regular horse things and they have moods, they’re just like us. Some days they’re in a good mood, some days they’re in a bad mood. It just depends on how their day is going. They get cranky towards the end of the day, just like all of us.

You’ve also appeared on other shows, like Shameless and Those Who Can’t. What did you play on those show?
On Those Who Can’t, I played a gangsta girl who got into trouble and was vandalizing things. It was really fun and it’s a really funny show, too. Shameless was fun too, it was completely opposite from Zoe. My character, Dominique, was out there -- I don’t know if you’ve seen it -- she’s crazy.

What kind of role would you like to do next?
I think probably a role like my character in Shameless, someone who’s out there. I think I want to play another Dominique. I feel like being disobedient, you know what I mean? (laughs)

(Laughs) I've heard it's more fun to play bad characters.
It is super fun! Because honestly, if I get to do this without any consequences, that’s fun.

Finally, after we enjoy the third season of Free Rein, will there be any more episodes or specials to look forward to?
I’m not sure, there might be another special, who knows?

The third season of Free Rein debuts this Saturday, July 6 on Netflix. All photos courtesy Netflix. 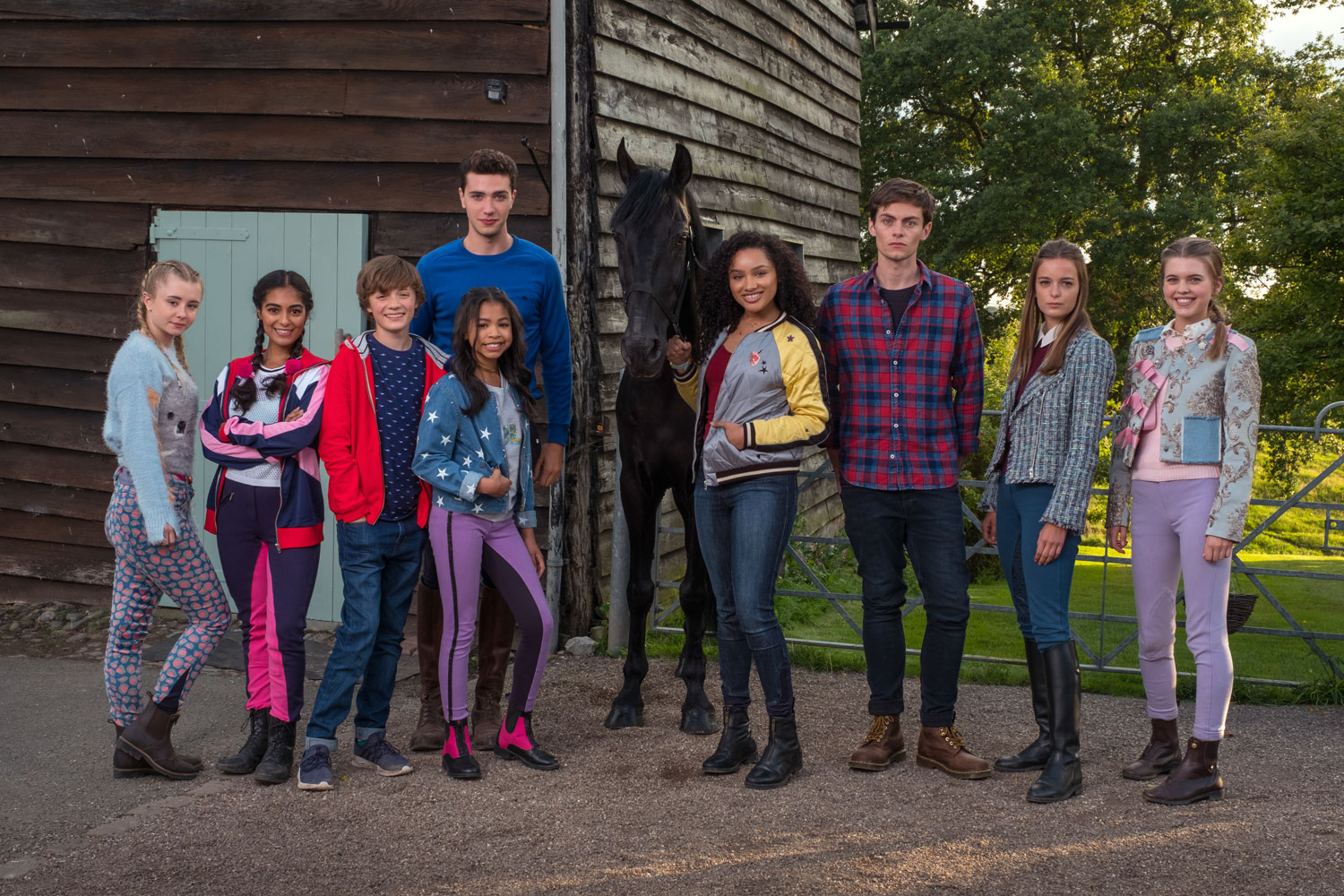