Here's everything to watch on Netflix – October 2020

Published By Marriska Fernandes on Oct 01, 2020 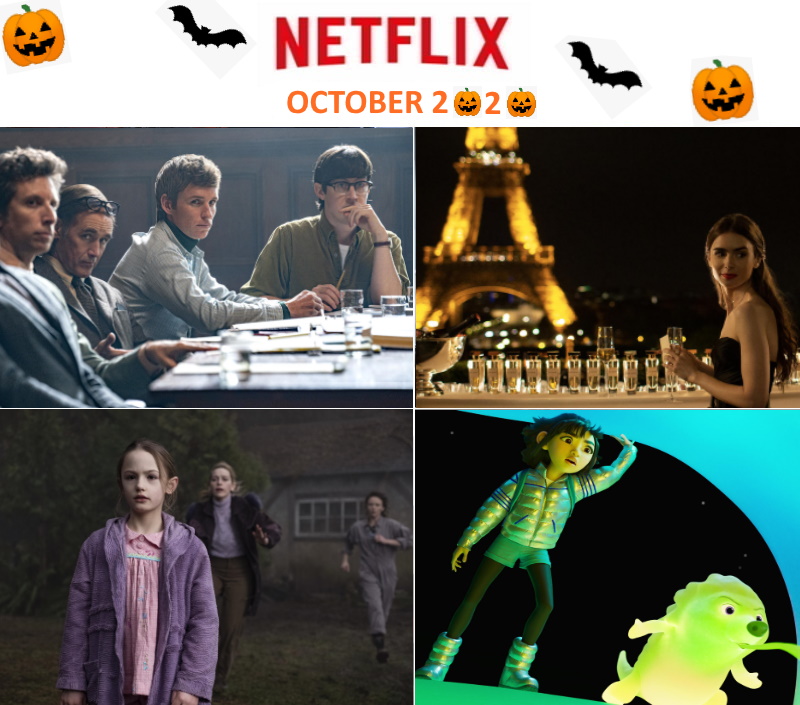 It's the spooky season already! While trick-or-treat with your friends might not be a feasible option, there are other ways to get into the spirit of Halloween. Netflix has a whole new slate of comedy, horror, drama and romance to keep you occupied as you celebrate Thanksgiving and Halloween this month.

A cute new series is Emily in Paris (Oct. 2), starring Lily Collins as Emily, a Chicago marketing executive who lands her dream job in Paris. She quickly discovers that her French co-workers and her workplace are very different from anything she experienced in the States. Her new life is filled with intoxicating adventures and surprising challenges in the most exciting city in the world. 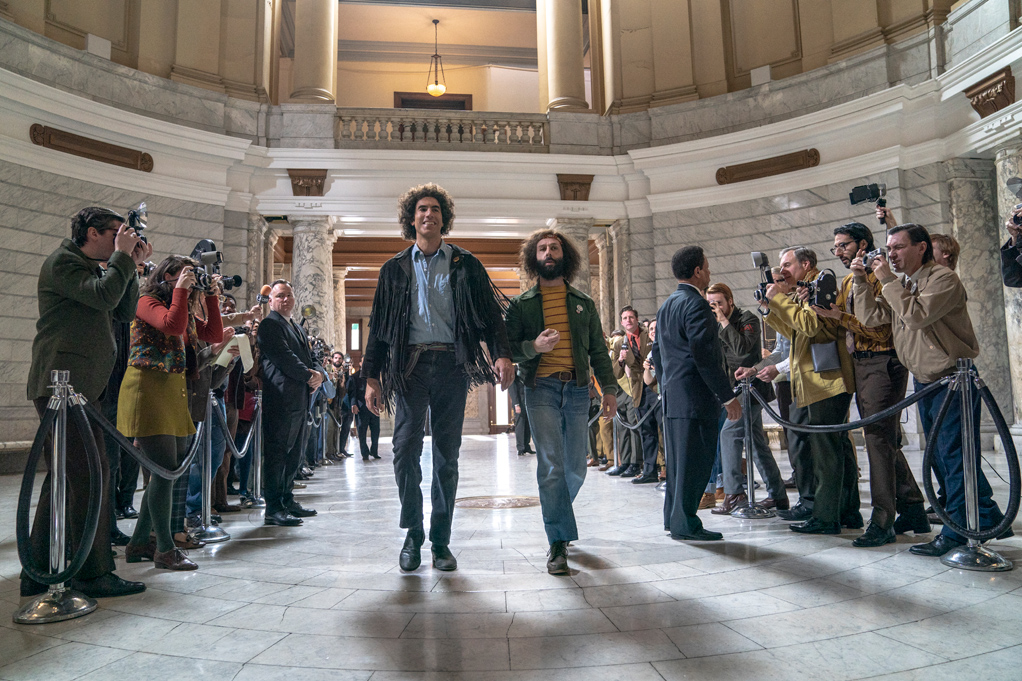 A powerful drama to watch this month is The Trial of the Chicago 7 (Oct. 16). What was intended to be a peaceful protest at the 1968 Democratic National Convention turned into a violent clash with police and the National Guard. The organizers of the protest—including Abbie Hoffman, Jerry Rubin, Tom Hayden and Bobby Seale—were charged with conspiracy to incite a riot, and the trial that followed was one of the most notorious in history.

Horror fans will be thrilled to learn that the The Haunting of Bly Manor is coming to the streamer on October 9. After the tragic death of his brother and sister-in-law, Henry Wingrave (Henry Thomas) hires American nanny Dani Clayton (Victoria Pedretti) to care for his orphaned nephew Miles and niece Flora. But the manor has secrets of its own, and so do its residents. At Bly Manor, dead doesn’t mean gone. Are you getting the chills already? 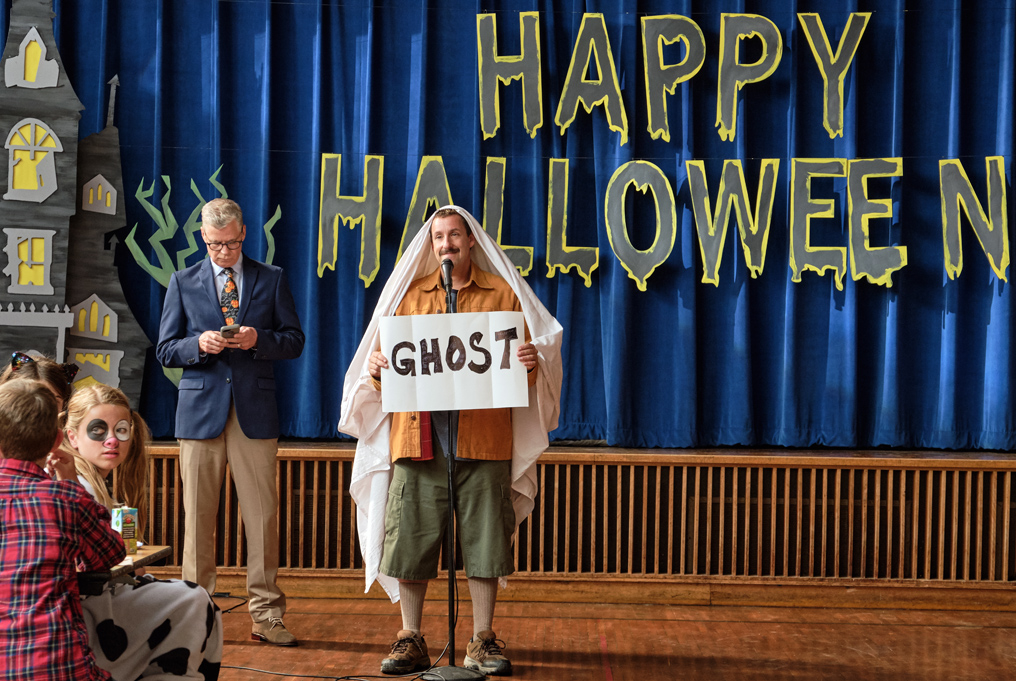 A less scary, but family friendly option to keep everyone entertained is Hubie Halloween (Oct. 7). Salem resident Hubie Dubois (Adam Sandler) is Halloween's biggest fan, but his constant complaints to the police have made him "the boy who cried wolf." As the events of Halloween get more chaotic and dangerous, Hubie believes he's the only one who can save the town.

Another spooky one for the season is the Italian horror The Binding (Oct. 2), which follows a woman who must fight the mysterious and malevolent curse intent on claiming her daughter when they visit Southern Italy.

An Indian comedy film that's sure to bring laughs is Serious Men (Oct. 2). A slum dweller starts to spin a web of lies when the world thinks his son is a genius, but his ruse could be especially dangerous for his young son.

Fans will be thrilled to learn that there are six new episodes in Unsolved Mysteries: Volume 2 (Oct. 19). There ares more unexplained disappearances, tragic events, and bizarre occurrences. 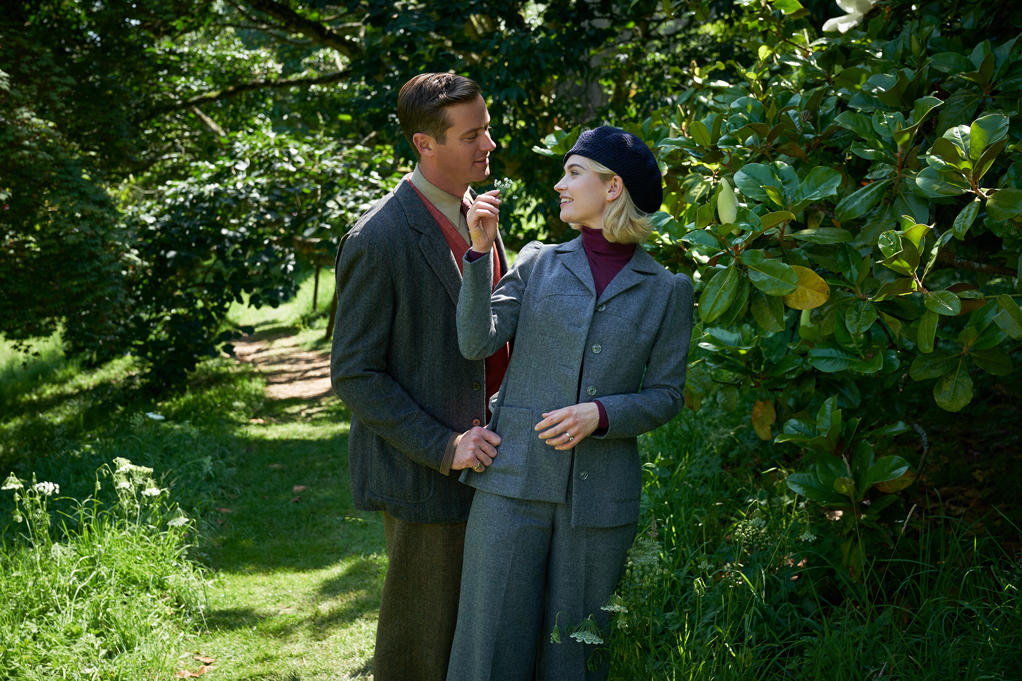 Over the Moon (Oct. 23) is a cute animated film for children. Fueled with determination and a passion for science, a bright young girl builds a rocketship to the moon to prove the existence of a legendary Moon Goddess.

Based on the novel by Walter Tevis, the Netflix limited series drama The Queen's Gambit (Oct. 23) is a coming-of-age story that explores the true cost of genius. Abandoned and entrusted to a Kentucky orphanage in the late 1950s, Beth Harmon (Anya Taylor-Joy) discovers an astonishing talent for chess and transforms into an impressively skilled and glamorous outcast while determined to conquer the traditional boundaries established in the male-dominated world of competitive chess.

As October swings into full gear, Christmas isn’t far behind. Netflix is releasing a holiday movie to get you set for the season. Holidate (Oct. 28) follows two strangers who hate the holidays: Sloane (Emma Roberts) and Jackson (Luke Bracey). When these two strangers meet one particularly bad Christmas, they make a pact to be each other’s “holidate” for every festive occasion throughout the next year.

Chills and Thrills
There's quite a few thrillers that fans will enjoy this season, all premiering October 1. A disturbed detective and forensic psychologist try to solve a kidnapping in Along Came a Spider. Basic Instinct, a cold, stylish thriller that grossed over $100 million at the box office will also be available, starring Michael Douglas and Sharon Stone.

Martin Scorsese's remake of Cape Fear provided the director with a box-office success. Robert De Niro and Juliette Lewis were both nominated for Academy Awards for their work in the film. Oscar-nominated Her has a 95 percent Rotten Tomatoes rating and is certainly a must-watch. If you'd prefer a horror more fitting for the current times, Unfriended (Oct. 16) is your go-to.

Happy Thanksgiving and Happy Halloween! For everything streaming this month, see below! ~Marriska Fernandes

Oct. 12
Kipo and the Age of Wonderbeasts: Season 3 – Netflix Family

Leaving Oct. 1
Emelie
The Good, the Bad and the Ugly
Sleeping with Other People

Leaving Oct. 31
Ace Ventura: Pet Detective
Burlesque
Charlotte's Web
Clash of the Titans
District 9
The Firm
Fun with Dick & Jane
The Girl with All the Gifts
Grandmaster
Highway to Heaven: Seasons 1-5
The Interview
Just Friends
Magic Mike
Nacho Libre
The Naked Gun: From the Files of Police Squad!
The NeverEnding Story
The NeverEnding Story 2: The Next Chapter
Nights in Rodanthe
The Patriot
Set Up
The Silence of the Lambs
Sleepless in Seattle
Sleepy Hollow
Spaceballs
The Taking of Pelham 123
The Ugly Truth
Underworld
Underworld: Evolution
Underworld: Rise of the Lycans
Zathura