Published By Alexandra Heilbron on Sep 22, 2022 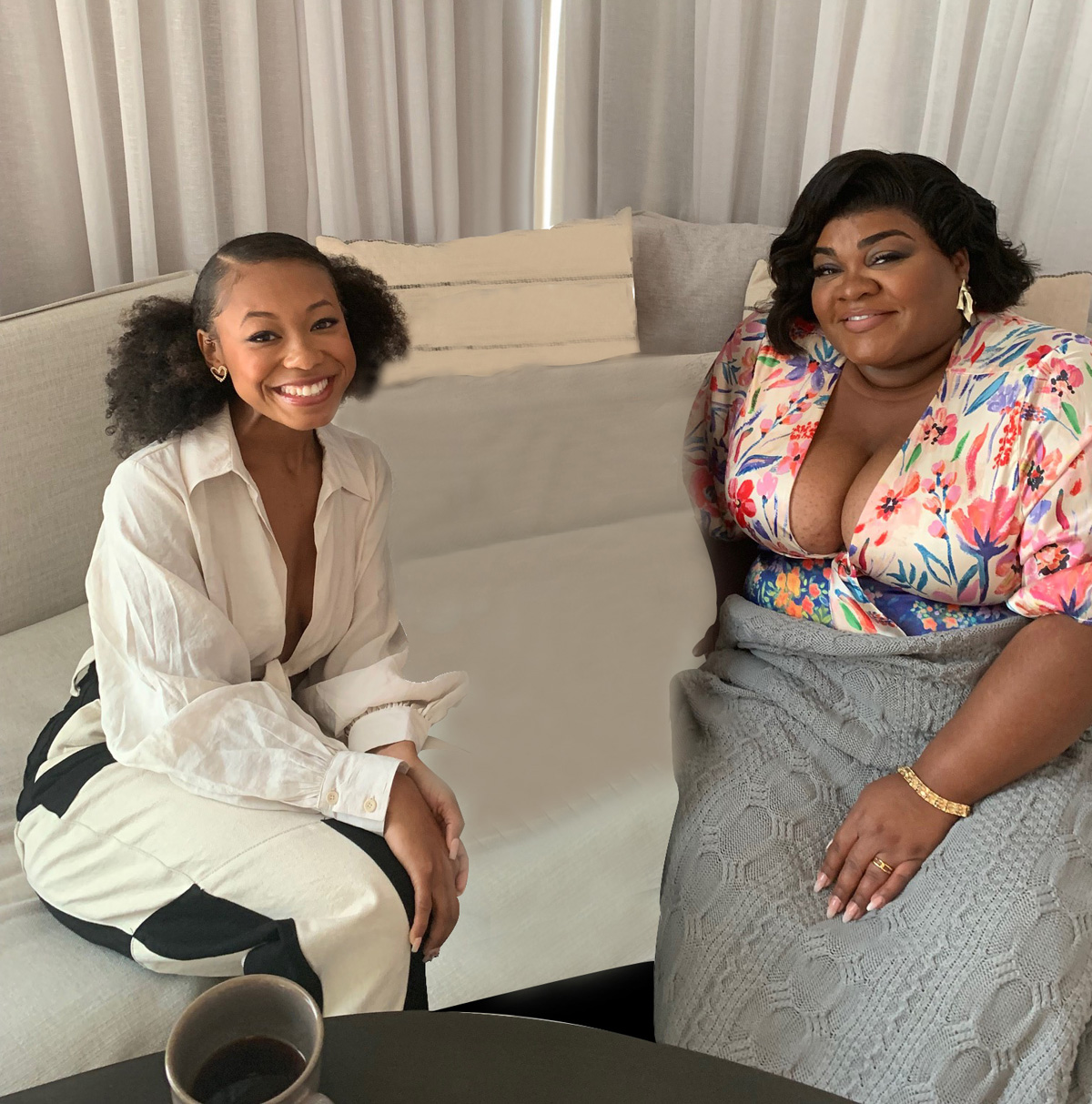 Jamila Gray and Da'Vine Joy Randolph from the Paramount+ movie On the Come Up were in Toronto to promote their film at TIFF and we had the chance to talk to them!

Jamila plays aspiring teenage rapper Bri, whose late father was a famous rapper, while Da'Vine plays her aunt, who works as her manager and gets her into rap battles in order to get Bri noticed and hopefully, a recording contract.

When her father's old friend, who's now a big time manager, shows her how quickly he could make her a star, the girl is torn. Should she stick with family, or go where the money is? ~Alexandra Heilbron

Great work on the film, it has such a wonderful message. Da’Vine, what was it about the story that attracted you most to being a part of this film?
Da’Vine: I would say it was the idea that it was women in power and that more importantly my character was born into her situation. There has to be a message, otherwise I’m not into it. And I love the idea that in spite of their situation, their financial stature, and status in life, she’s still trying to inspire her niece to be a better version of herself.

Jamila, this is your first big movie and you’re the star of it! What was this experience like for you?
Jamila: It was the best thing that ever could have happened to me. I learned so much and I’m so happy that this was my first project and that this was something that I could pour my heart into.

Da'Vine, I love your work in Only Murders in the Building.
Oh, thank you!

You’re fantastic in that series. In On the Come Up, you play quite a different role. What did you love best about playing Aunt Pooh?
Da'Vine: The diversity. I like to go from one thing to the next. I would say the closest thing I had done before was probably playing an inmate in Empire. But I’ve never played a woman who identifies or who feels more comfortable in a more masculine shell, if you will. I’ve definitely played women of hard knocks, you know what I mean. It was like, this is different, this is cool. I’m always like, you could be a villain or a horrible person, but I want to see where’s their soul. It can be as scandalous, or as wild, or as mean as possible, but where’s the through line of the heart of that person?

Jamila, you had a lot of lines to remember, especially in those rap battle scenes. Was that really difficult or did it make it easier that they rhymed?
Jamila: It did make it easier that they rhymed. I think the quickest way to remember them was to think about what the bars were saying. If you focus on the message behind the bars it’s so much easier to remember the lines. Some of the lines for the songs for the whole rap would get changed like two days before and I would just go home and I would record myself doing it and listen to it on repeat so that by the time we started filming it was there.

I want to ask you about working with Sanaa Lathan, who’s an actor as well as the director of this film. Does it make the experience more pleasant for you when a director has acting experience?
Da'Vine: Yes. Sanaa knows exactly what we need, and she gave it to us. And then some. Yeah, you speak the same language. Sometimes directors, they can feel a little disconnected or disjointed, or “I’m the boss and you’re going to do what I tell you.” We felt like equals. It was a true collaborative experience. But the best reward is speak your language. And she did her work, see, it’s not like if an actor has her own production company just to produce their own stuff. There’s nothing wrong with it, but it’s like, it’s self-serving in a certain way, you know what I mean? She didn’t become a director just because she could tell herself what to do. She actually loves it. She has a joy for it. And she did the work because of it. It’s not just a name that decided, “Oh, I’ll just start directing.” She always wanted to do it.

Jamila, was this your first time working with a female director?
Yes.

You sing the song "On the Come Up," which we hear during the credits -- it’s such a catchy song. When are people going to be able to download that? Will it be released when the movie comes out?
They’re actually releasing one of the songs, I believe the same day that the movie comes out, so go stream it! It should be out everywhere, I love that song. I had so much fun recording it! So much fun, and Rapsody is a genius and so is everybody at 1500 who helped put it together.

Thank you both for talking to me today! It’s been a pleasure.
Da'Vine: Thank you sweetheart, we appreciate it.

On the Come Up debuts on Paramount+ this Friday, September 23, 2022. Click here to watch the trailer.