Published By Alexandra Heilbron on Aug 04, 2022 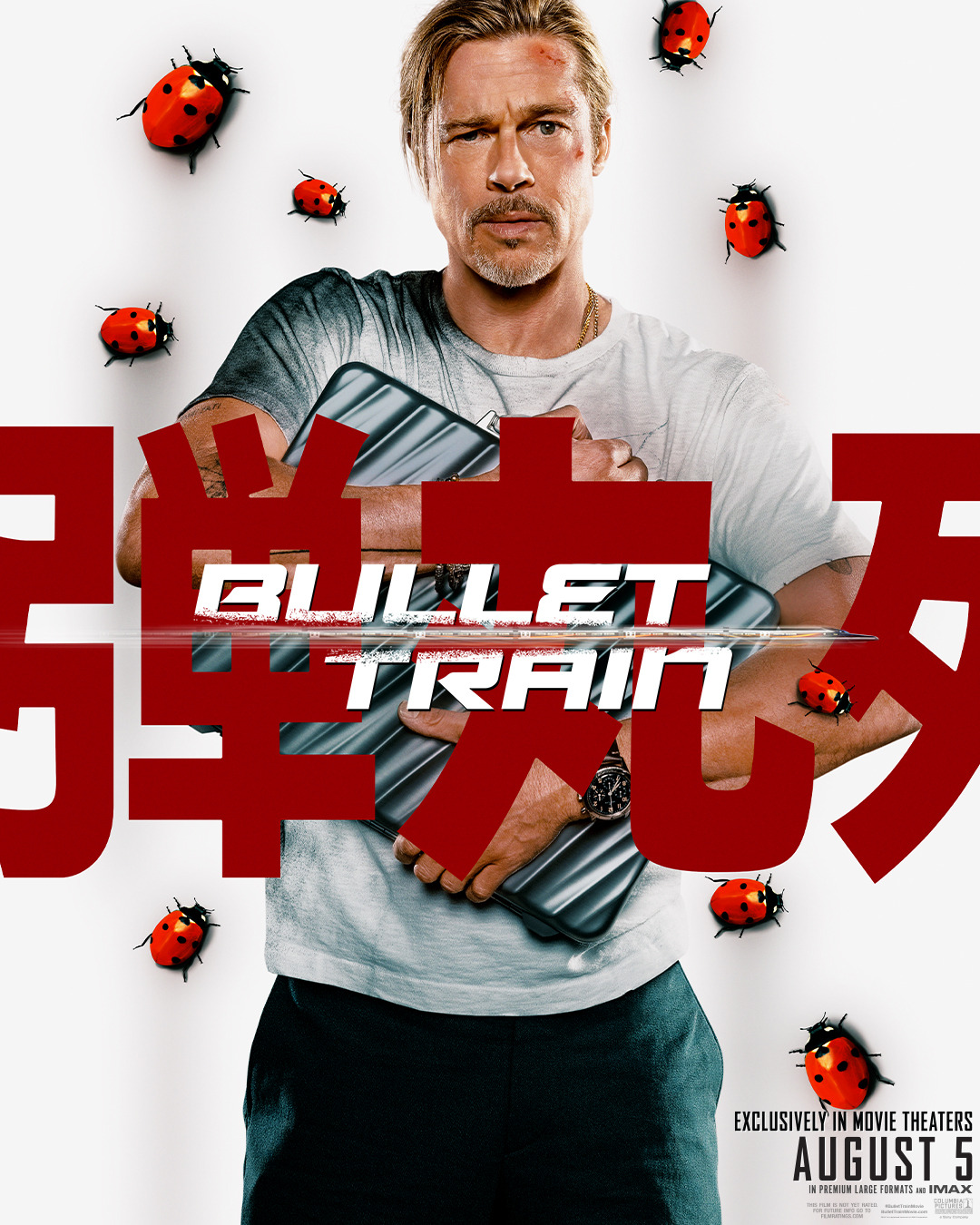 Bullet Train brings Brad Pitt and Sandra Bullock back together in a movie for the second time this year, but this time he has the lead role and she has a minor role (opposite to how it was in The Lost City).

Pitt plays a hitman operative who has been on a journey of enlightenment. He no longer believes in carrying a gun. His handler, Maria (Sandra Bullock) gives him what seems to be a relatively easy assignment after a series of disastrous jobs, in order to build back his courage. All he has to do is find a briefcase on a bullet train in Japan and get off with it at the next stop.

He believes he has nothing but bad luck, so Maria gives him the code name of Ladybug, a sign of good luck.

Unbeknownst to him, there are a number of other criminals on board, all with a different purpose, but all of whom are connected somehow, although they don't realize it yet.

Aaron Taylor-Johnson plays Tangerine, while Brian Tyree Henry plays his brother, Lemon, who loves Thomas the Tank Engine and who compares everyone he meets to one of the characters. He even has Thomas the Tank Engine stickers that he'll place on someone to identify which of the characters the person is most like. Having rescued the kidnapped son of a Russian crime boss, they now have to return him to his father, along with a briefcase filled with the ransom money that they never had to pay out.

Also on board is a teenage girl (Joey King, doing her best with a British accent that ranges from Cockney to Hermione Granger at times) who seems innocent at first, but she's actually the character who started off the chain of events that began the movie, when a little Japanese boy was pushed off a roof, leading to his father -- an assassin himself -- boarding the train looking for who tried to kill his son.

There are so many assassins that it's difficult to keep track of them all. Brad Pitt as Ladybug is the glue that keeps the story together. He adds enough charm and laughs that it keeps the audience interested, even when the story almost grinds to a halt while Tangerine and Lemon go through the number of people they killed to rescue the son (and each kill is painstakingly shown to the audience) and when an assassin called Wolf is introduced. We get an entire backstory on him, which was interesting, but took us completely away from the story.

There are some humorous moments, mostly thanks to Brad Pitt's comedic delivery of his lines, but there's also an extended cameo by Channing Tatum (another The Lost City co-star) as a train passenger that's laugh-out-loud funny.

Bullet Train is adapted from Kôtarô Isaka's Japanese novel of the same name, but westernized for English-speaking audiences. It's bloodier than I expected, reminding me of a Quentin Tarantino film at times.

If you don't mind blood and gore, the plot is interesting -- watching all the different stories meld into one is fascinating and as I mentioned, Brad Pitt's character really carries the plot. With another actor in the role, this film likely wouldn't have worked as well as it does. The cameos are also an bonus -- one in particular wasn't even listed in the credits, so I won't name him here, but it got a laugh out of the audience when they recognized him. Make sure to stay for a few minutes after the credits start rolling -- there's an additional scene that's incredibly gratifying. ~Alexandra Heilbron