Bad Boys are back on top at the weekend box office 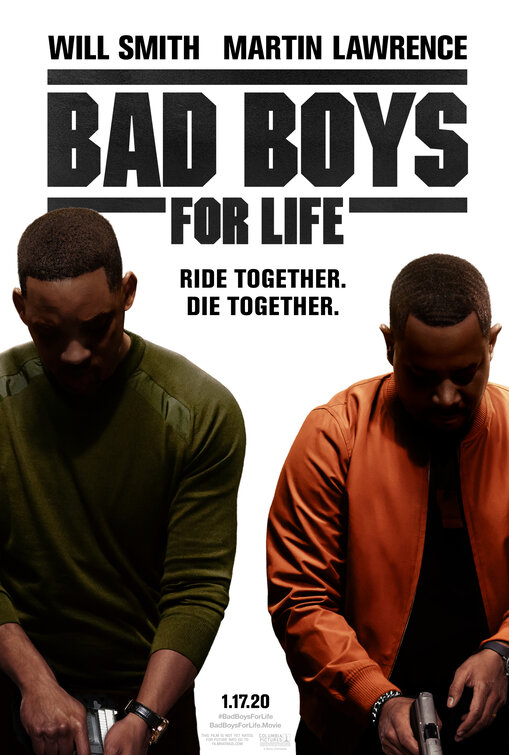 The long delayed sequel for Will Smith and Martin Lawrence's Bad Boys franchise finally arrived this past weekend with their third installment, Bad Boys for Life. Even with a 17-year gap between films, the franchise showed that it still has some legs and was a hit with critics, earning a current 75 percent Rotten Tomatoes score and a solid 59 Metacritic rating. Thanks to that, the film debuted to an estimated $59.2 million over the three days since opening to lead the field and top the box office.

Debuting in second place was this weekend's second major release, Dolittle. Costing an expensive $175 million thanks to costly reshoots, Universal Pictures' reboot of the classic character managed to open with $22.5 million, less than what the studio was hoping for from star Robert Downey Jr.'s first post-Marvel movie, but ahead of industry expectations.

In third place was last week's number one film, 1917. Coming off its expanded release and 10 Oscar nominations, the Sam Mendes-directed war drama fared well in its second weekend of wide release. The film only saw a slight dip, as audiences have responded well to the critically-acclaimed movie. Thanks to that, 1917 finished with $22.1 million at the box office this past weekend, bringing its domestic total to $76.8 million.

Falling to fourth was Sony's Jumanji: The Next Level. The latest film in the burgeoning Jumanji franchise finished with $9.6 million over the three-day weekend to bring its 38-day total to $270.5 million domestically. Although the film has fallen shy of its predecessor's pace, The Next Level is a hit nonetheless.

Rounding out the top 5 was the conclusion to the Skywalker saga, Star Wars: The Rise of Skywalker. Now in its fifth weekend of release, the latest Star Wars film finished with $8.4 million at the box office. The film's 31-day total now stands at $492 million domestically and should cross the $500 million threshold sometime next week after passing the $1 billion mark worldwide earlier this week. ~Paolo Maquiraya