The conclusion to Marvel's Infinity Saga makes its way to the home video market with special features highlighting the journey.

With the Avengers dealing with the aftermath of Thanos' decimation from the use of the Infinity Stones, the survivors band together with the recently returned Captain Marvel (Brie Larson) to hunt him down. Looking to use the Infinity Stones themselves to undo all the damage, they are disheartened to find a crippled Thanos has destroyed the stones.

With no other options, the Avengers attempt to move on, until Scott Lang (Paul Rudd) returns from the Quantum Realm, bringing with him the possibility of time travel. With a new road opened before them, the Avengers embark on one final mission to retrieve the Infinity Stones from different points in time and do whatever it takes to bring everyone back.

With 12 years of buildup to this conclusion, there was a lot to look forward to with this film, and with so many moving parts within it, Avengers: Endgame could have folded under the immense pressure. The film succeeds on so many levels, especially following the cliffhanger ending of Avengers: Infinity War. That it works as well as it does is a testament to the incredible work of directors Joe and Anthony Russo, as well as the writing duo of Christopher Markus and Stephen McFeely in telling a narrative that manages to juggle multiple storylines and an almost unwieldy amount of characters. However, this review isn't about the film itself, but for its home video release.

For our full review from the film's theatrical release click here.

As for the film's anticipated home video release, there's a lot to like. First and foremost the film transfers well onto Blu-ray and looks great on TV. That was never going to be in doubt.

The standard Blu-ray release comes with two discs, along with a digital copy of the film. Disc 1, the film disc, features an introduction by the film's directors, as well as an audio commentary track that also brings in the film's writers. It's your standard audio track that provides interesting insights into the film and the process it took to make it all work. However, it's a disappointment that with so many cast members in the film, it's a shame Disney and Marvel didn't take an opportunity to include some cast commentaries.

On the bonus features side, the second disc contains seven featurettes, as well as your standard inclusion of deleted scenes and a gag reel. On this side, the film doesn't disappoint as much as the Blu-ray release of Avengers: Infinity War, which contained only four featurettes. There is a greater sense of variety with the featurettes in Endgame with the Stan Lee tribute as well as the  Captain America-centric featurette being real standouts.

For a film as big as Avengers: Endgame, the special features feel somewhat lacking. There's always an option for Disney and Marvel to come out with an extended/collector's edition version of the film with more content. There definitely is more content out there, considering that one of the bonus scenes included in the film's theatrical re-release, featuring an unfinished Professor Hulk scene, isn't included here, which I found odd. However, for most people who just can't wait to add the film to their collection and want to be able to do back-to-back viewings of Infinity War and Endgame, this will satisfy. ~Paolo Maquiraya

Intro by Directors Joe & Anthony Russo (2:33) - A lead in to the feature film, in which the two directors discuss the emotional conclusion to the film and franchise for the Marvel Cinematic Universe thus far.

Audio Commentary - Feature commentary track by directors Joe and Anthony Russo as well as writers Christopher Markus and Stephen McFeely. The filmmakers and writers discuss the franchise at large, the creative decisions that went into the film, character performances, and share anecdotes of the filming process.

Remembering Stan Lee (7:15) - A tribute video to the late comics icon with archival footage of his various cameos throughout the Marvel Cinematic Universe, and interviews of him discussing his good fortune, his favorite moments in the series, and the qualities of the Marvel films.

Setting The Tone: Casting Robert Downey Jr. (5:25) - Featurette looking at the genesis of the Marvel Cinematic Universe and how it all began with the casting of Robert Downey Jr. as Tony Stark in Iron Man. The featurette goes to lengths about how crucial it was to get his casting right, with moving the burgeoning franchise forward to become the juggernaut that it is today.

A Man Out Of Time: Creating Captain America (12:18) - Featurette looking at the casting and design of Captain America and his journey from Captain America: The First Avenger all the way to Avengers: Endgame. Cast and crew discuss the qualities that made Chris Evans perfect for the role.

Black Widow: Whatever It Takes (7:25) - Featurette that takes a look at Marvel's foremost female hero in the Marvel Cinematic Universe and her journey from her introduction in Iron Man 2 all the way to the conclusion of her story in Avengers: Endgame.

The Women of the MCU (5:01) - Featurette that takes a look at one highlight from the final battle, that finds the entirety of Marvel's female heroes come together for a unified attack. Various cast members and producers speak on the importance of the moment and its empowering feeling for all the women involved in these films, including a giant group photo of the film's female cast and crew members.

The Russo Brothers: Journey to Endgame (4:52) - Featurette taking a look at the duo behind the camera and how the two went from directing two Captain America movies to jumping on board for the third and fourth Avengers films.

Bro Thor (3:42) - Featurette about Thor's transformation in Avengers: Endgame and how his story is both tragic and hilarious. Fans also get a behind-the-scenes look at how the film achieved his new look. 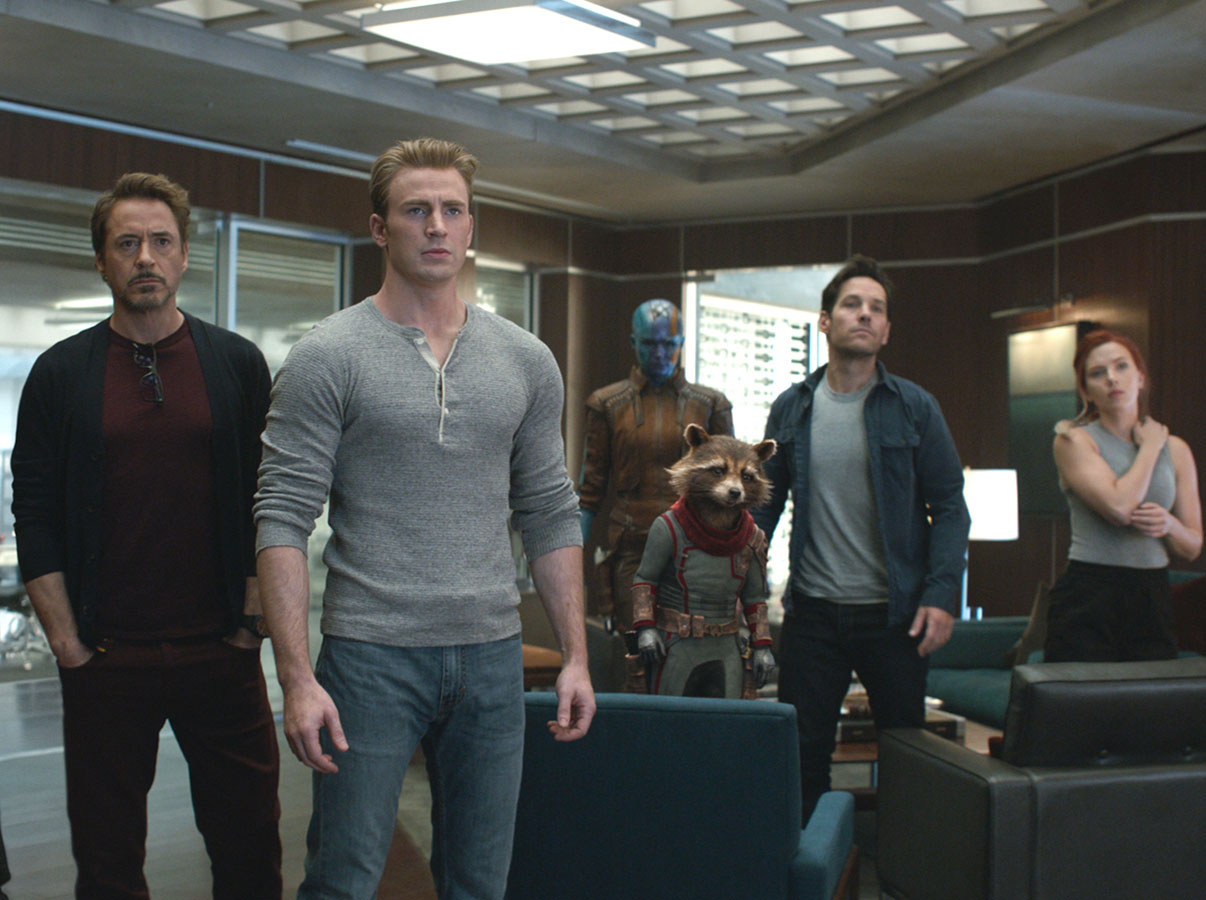