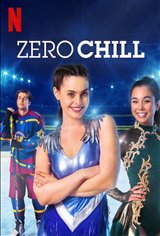 Kayla MacBentley (Grace Beedie) loves pairs figure skating. It's everything to her and it gives her a chance to spend time with her best friend, Jacob (Kenneth Tynan). But when her twin brother Mac (Dakota Taylor), who's equally talented at hockey, gets a scholarship to the prestigious Hammarström Ice Hockey Academy in Britain, which is run by a former NHL player, she has to drop everything and leave Canada to go with her family as they start a new life in a new country.

For Mac, playing with a new team means he has to prove himself all over again, while Kayla tries and fails to find a partner who's up to her standard. When Jacob comes to England for a training program, she sees it as a chance to prove to his parents that they should keep skating and competing together.