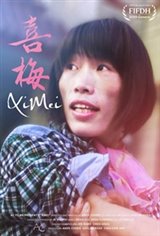 Ximei is a young woman from China's rural Henan Province who contracted AIDS when the government encouraged impoverished villagers in the late 1990's to sell their blood plasma for money, literally bleeding people for profit. Unsanitary conditions and lack of screening for disease, caused blood infected by the HIV virus to be transmitted to donors and then to the recipients of blood transfusions. A million Chinese citizens were infected with HIV and countless persons died from AIDS. Thousands of peasants still suffer the consequences, their plight hidden from the eyes of the world and strongly censored by Chinese authorities.