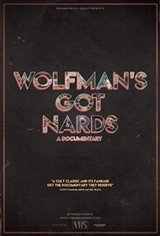 A heartfelt love letter to the entire history of Fred Dekker's 1987 cult classic THE MONSTER SQUAD, from the cast and crew members who brought the faux Universal creatures to life, to the obsessed fans and horror filmmakers who wouldn't be where they are today without it.

Dekker's family frightener initially tanked at the box office but found a second life on VHS and cable TV. For years the creators were unaware of the phenomenon growing on the genre fan fringes and this superb documentary details how it happened and why decades later an entire community refuse to let go.