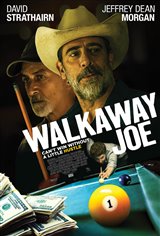 Dallas McCarthy (Julian Feder) is a 14-year-old pool shark following in the footsteps of his father, Cal McCarthy (Jeffrey Dean Morgan), who goes from bar to bar, trying to hustle other players. He even gets Dallas involved in his hustles.

Dallas' mother Gina (Julie Ann Emery) finally steps in, unhappy with the late nights and the fights Dallas is getting into at school. She's tired of Cal being a terrible role model for their son. Cal responds by walking out on the family.

Dallas decides to run away to search for Cal and travels to Baton Rouge, where a big tournament is about to happen. There, he meets Joe Haley (David Strathairn), a drifter wrestling with a past he'd rather forget, who reluctantly takes the boy under his wing.