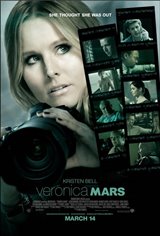 However, when she learns that her ex-boyfriend Logan Echolls (Jason Dohring) is the main suspect in the murder of his current girlfriend, she's forced to return. Coincidentally, she's just in time for her ten-year high school reunion.