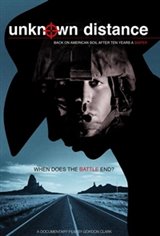 After five tours and serving ten years as a Marine Sniper, Sgt. Douglas Brown takes us on an eight month journey across America, engaging with fellow servicemen who were part of a highly trained military team with a specific skill set, now rendered useless.The story unfolds when Brown and an Afghan interpreter who served with him in Afghanistan, reveal the story that bonded them for life.Brown recalls the horrific combat memories that trigger his PTSD and Moral Injury, shattering his deeply rooted religious and spiritual views, causing his return to the civilian world to be a bigger battle than going into combat.