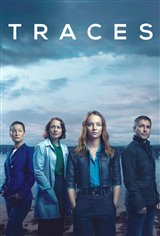 Emma Hedges (Molly Windsor) moves back to Dundee in Scotland to take on a new job as a forensic assistant. She's encouraged to do the MOOC, an online course that covers the fictional case of a body that has been found. However, she's shocked when it bears similarities to her mother's own unsolved murder 18 years earlier.

Her boss, Sarah Gordon (Laura Fraser), is equally shocked–she chose the murder to portray in the course and didn't realize how similar it was to a real-life case. She reassures Emma that it's not based on her mother, but Emma has already decided to look into the cold case further. As she questions the people she knew when she was a child, including her best friend's mother and her own father, it becomes clear she's opened up a can of worms that could put her in serious danger.