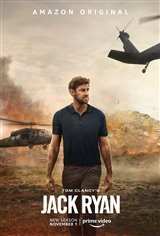 In season 2, Jack Ryan goes to the Venezuelan jungle to track a suspicious package, and realizes he has to uncover a far-reaching conspiracy. Helping him on this mission is Greer and CIA station chief in Venezuela, Mike November (Michael Kelly).