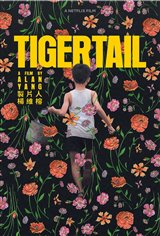 In 1950s Taiwan, a little boy named Pin-Jui lives with his grandparents in the countryside while his mother looks for a job. Pin-Jui meets a little girl named Yuan and their relationship develops into love as they grow up.

As a young man, Pin-Jui gets a job in a factory alongside his mother, but his greatest wish is to live in the United States to chase the American dream. He finally gets a chance when he accepts an arranged marriage with his boss’s daughter and moves to New York, leaving Yuan behind.

However, America isn’t exactly what he expected. He's still impoverished and lives a routine life, struggling just to get by. He misses Yuan and as he grows older, the relationship he has with his daughter from his arranged marriage becomes strained.