This is North Preston 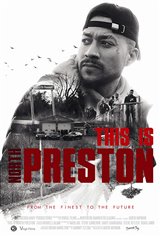 The rural community of North Preston in Nova Scotia has the largest black community in Canada. It started as a safe haven for escaped slaves 250 years ago, but is currently dealing with many problems.

With a population of 4,000 inhabitants, the community has a large number of pimps and high levels of gun violence. Disadvantaged women are often forced into prostitution, with North Preston being painted as one of the biggest hubs of human trafficking in Canada.

The town of mostly black people has dealt with generations of economic struggle and constant systemic racism, but community members are looking to change this narrative.