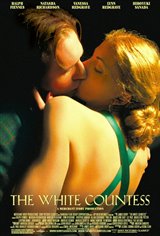 Watch Trailer
Todd Jackson, once an American diplomat filled with idealism, lost his sight several years earlier and is now languishing in Shanghai's grand hotels and elite gentlemen's clubs, a burnt-out case. He has become bitterly disillusioned by the seemingly unavoidable nature of war and conflict. He is, moreover, deeply bereaved by the deaths of his wife and children -- victims of violent events in the political turmoil of 1930s China that also robbed him of his sight.

One day, after a chance meeting with Matsuda -- a mysterious Japanese who appears to share Jackson's refined eye for the beauty of low-life establishments -- Jackson gambles his savings on a horse, wins, and sets about realizing his masterpiece: a bar that will achieve the exquisite balance of romance, tragedy, and political tension. He is assisted in his project by Matsuda. When rumors circulate that Matsuda has come to Shanghai to oversee a Japanese invasion of the city, Jackson refuses to listen. He absorbs himself in perfecting his bar.

Sofia is a White Russian countess who fled the Bolshevik Revolution as a child. She lives in a Shanghai slum with members of her late husband's aristocratic family and her ten-year-old daughter, Katya. Sofia is the sole breadwinner, working as a taxi-dancer in dingy night spots, resorting to prostitution when times are hard. The rest of the household criticize her for bringing disgrace to the family. Jackson decides Sofia is the perfect blend of tragedy and sensuality and asks her to become the centerpiece of his perfect bar. Their relationship brings change to both of their lives.