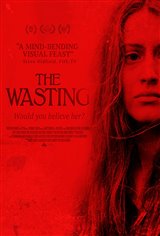 Sophie (Lauren McQueen) is a teenager in an idyllic English town struggling to come of age, braving her first love and her sexual awakening. She has a secret boyfriend, Liam (Sean Saunders Stevenson), a badass best girlfriend, and controlling parents who won't let her grow up, so she fights back with the only weapon she has — she stops eating.

That is, until a nightmarish ghost appears that may be real, or may be a deadly creation of her starving body. Because of her anorexia, nobody believes her when she says she's being haunted. With Sophie's life on the line, a dark family secret surfaces as the battle of wills becomes a battle for survival.