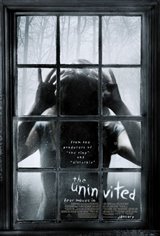 Anna (Emily Browning) returns home after spending time in the hospital following the tragic death of her mother. Her recovery suffers a setback when she discovers her father (David Strathairn) has become engaged to her mother's former nurse, Rachel (Elizabeth Banks).

That night, Anna is visited by her mother's ghost, who warns her of Rachel's intentions. Together, Anna and her sister (Arielle Kebbel) try to convince their father that his current fiancée is not who she pretends to be, and what should have been a happy family reunion becomes a lethal battle of wills between stepdaughters and stepmother.