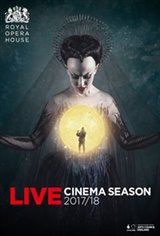 This ever-popular opera is given a fresh point of view in Barrie Kosky's highly physical production, originally created forFrankfurt Opera. The Australian director is one of the world's most sought-after opera directors, whose Royal Opera debut with Shostakovich's The Nose in 2016 was greeted with delight.

For Carmen he has devised a farfrom-traditional version, incorporating music written by Bizet for the score but not usually heard, and giving a new voice to the opera's endlessly fascinating central character.