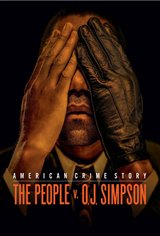 On June 12, 1994, Nicole Brown-Simpson and Ron Goldman were stabbed to death at her Brentwood home. All signs pointed to Nicole's ex-husband, O.J. Simpson (Cuba Gooding Jr.), as the murderer. When he realized he was going to be charged, he took off in a white Ford Bronco and when the police pursued, the chase was broadcast on almost every television station. The whole nation tuned in.

He turned himself in, but hired a "Dream Team" of lawyers who turned the courtroom upside down with diversions and tricks, making his arrest and imprisonment a race issue. As the lead prosecutor, Marcia Clark (Sarah Paulson) found herself the object of a barrage of negative media attention as her reputation was put on the line.