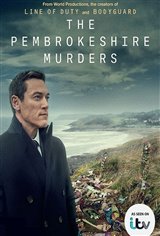 Detective Superintendent Steve Wilkins (Luke Evans) links the murders of a couple on the cliffs in Pembrokeshire to the earlier murders of an elderly brother and sister, whose house was then burned down. Realizing he has a serial killer on his hands, he puts everything he has into finding the murderer. Not only that, but he discovers that an attack on five youths in which one of the girls was raped, was likely commited by the same man.

With a description and illustration of the attacker, he focuses in on an abusive and violent man named John Cooper (Keith Allen), who is serving time in prison for burglary, but who may soon be let out on probation. With the clock ticking, Wilkins has to find enough evidence to keep this killer, who is feared by many, including his wife and son, behind bars.