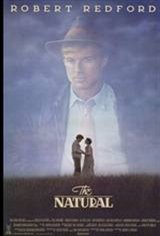 When an unknown middle-aged batter named Roy Hobbs (Redford) appears out of nowhere, he take a losing 1920s baseball team to the top of the league. Aided with a bat cut from a tree struck by lightning, Hobbs lives the fame he should have had earlier, when, as a rising pitcher, he was inexplicably shot by a young woman.