The Most Beautiful Boy in the World 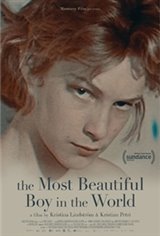 In 1970 in Stockholm, Bjorn Andrésen, a 15-year-old orphan, was recruited by Luchino Visconti to play Tadzio in the film Death in Venice. Distant and uncomfortable, the teenager accepts the role so as not to disappoint his grandmother, who was delighted to have a star in the family.

The following year in London, at the world premiere of the film, the director proclaimed that his interpreter with the perfect face was "the most beautiful boy in the world." This statement and the success of the work made the young man a world-famous icon and a reluctant sex symbol. Not long after being released from the contract that bound him to the Italian filmmaker, Andrésen eventually stopped making movies and fell back into anonymity. At 66, he revisits the important moments of his life, forever marked by this mythical role.