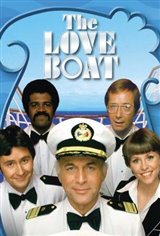 This light-hearted series, which ran from 1977 to 1987, took place aboard the Princess Cruise line and featured a variety of stories each week, guest-starring celebrities of the day, as well as classic movie stars and upcoming actors.

Each episode had a minimum of three stories that found passengers falling in love or renewing relationships. The stories sometimes intertwined, or as more often was the case, stood alone, and mostly all had happy endings. Each episode was also filmed in part aboard a ship from the Princess Cruise line.