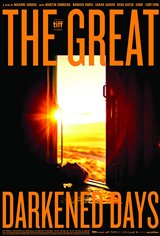 In order to escape conscription, Philippe sets out on the road in the direction of the western United States. Passing through a small town, the Quebecker wins a Charlie Chaplin impersonator contest and earns a nice sum, only to be robbed by thugs.

Broke and hungry, he wanders through vast desert and inhospitable expanses before crossing paths with a jovial impresario who seems like a nice guy, but first impressions turn out to be deceiving. Afterwards, Philippe falls prey to a strange woman with a dog fetish and winds up in the hands of a sinister man who deals in human trafficking and torture.

Deciding to return home, Philippe makes a stop in a ghost town populated by strange characters living in the cellar of an abandoned hovel.