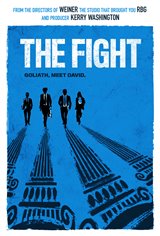 This documentary gives viewers an inside look at the hard work done by the American Civil Liberties Union.

During the four years President Donald Trump has been in office, the ACLU has filed nearly 150 cases against his administration. The Fight focuses on five lawyers working on four of those suits: the family separation issue at the border, the minor in custody at a Refugee Resettlement facility who was denied an abortion, the transgender military ban and the immigration question on the 2020 census.

These lawyers are passionately fighting for equal rights, but it quickly takes an emotional impact on all of them, both in the office and in their personal lives.