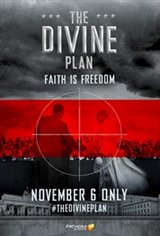 It remains the least-known story of the twentieth century... A president and a pope; an unlikely pair who combine deep faith with political acumen and high-octane star power. A plot that involves two assassination attempts, KGB scheming, CIA intrigue and the final act to topple the Soviet Empire - November 6 only.