The Corruption of Divine Providence 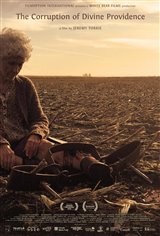 When Jeanne Séraphin’s lifeless body is found, it bears wounds similar to those found on Jesus Christ. Her clinical death barely declared, the 16-year-old Métis suddenly comes back to life. Immediately, a devout frenzy seizes the 191 souls of St-Michel, a French-speaking Catholic village in Manitoba. Could Joan be the chosen one of God? The Vatican sends a representative to investigate, while hundred of pilgrims from all over head to St-Michel. Jeanne's father, owner of the local bar, takes the opportunity to monetize the exclusivity of his story to an American televangelist. More magnanimous, the teenager's mother asks a venerable Native American to help clarify the situation.