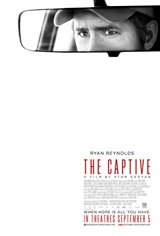 Matthew (Ryan Reynolds) and Tina (Mireille Enos) live in Niagara Falls, Ontario with their nine-year-old daughter Cassandra. When Matthew goes to a store to pick up some food, he leaves Cassandra in the truck. She vanishes without a trace.

Some years later, police officers Nicole (Rosario Dawson) and Jeffrey (Scott Speedman) uncover a lead in the case. After hours spent scanning the internet for photos and video circulated by pedophiles, they come across images of Cassandra, alive in captivity.