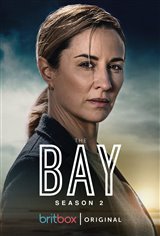 Detective Sergeant Lisa Armstrong (Morven Christie) is assigned the job of family liaison officer, along with newbie Detective Constable Med Kharim (Taheen Modak), when teenage twins go missing. However, when she arrives at the home of the family of the missing kids, she realizes the husband is someone she had intimate relations with at a club the night before.

Believing her involvment with the husband won't hamper her involvement, she aids in the investigation and works with the family. Meanwhile, her son has gotten caught up in an online message board in which he's dared to do illegal acts, while her daughter gets suspended from school and with time to spare, becomes involved with a man who shows interest in her, only to find out he wants her to run drugs.

In the second season, Lisa has been demoted to Detective Constable and has to follow the orders of the colleague she was supposed to be training in the first season, now Detective Sergeant Med Kharim. They're assigned a complex murder case, in which a man is shot execution style in front of his young son in the door of the family home.

As she tries to get used to working in Med's shadow, Lisa is less than pleased when her unreliable ex-husband Andy (Joe Absolom) returns to town, claiming to want to spend time with their kids. As the police team gets to know more about the victim, they discover several suspects, but the more evidence they uncover, the more questions they have, especially about the family's law company. As the team delves into the company's suspicious activity, it leads them into unexpected danger.