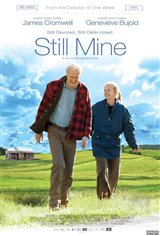 Craig Morrison (James Cromwell), a farmer in rural St. Martins, New Brunswick, is used to doing things for himself. Somewhat cantankerous and stubborn, with the help of his wife, Irene (Geneviève Bujold), he's managed to keep his farm going using traditional methods despite the domination of industrial agriculture in the marketplace.

When Irene's health begins to fail, Craig, a skilled carpenter, realizes he has to build a new home for them to live in, to make it easier for her to get around. But when a government inspector makes it his personal mission to halt construction on the new house, Craig has to fight for his right to build their final home.